As one of the first dance band contractors in the area (Washington DC, New York, Boston), he supplied groups for country clubs and hotels for more than three decades. He had also led the orchestra at Philadelphia's Assembly Ball for 52 consecutive years.

Meyer Davis was born on January 10, 1893, in Ellicott City, Howard County, Maryland. When he was a child, his family moved to Washington D.C., where he attended Business High School.

In 1908, he was rejected from the school's orchestra, after which he formed his own five‐piece ensemble that played for $25 an evening. He also took a supplementary, and not very steady, job as a second violinist in a theater.

Later, he enrolled at George Washington University, Washington, D.C., to study law. While attending the university, in 1914, his band was hired by the New Willard Hotel in Washington D.C. to provide luncheon and dinner music. Realizing that he could make a good living with music (he made $90 a week after salaries and expenses), he decided to switch to the music business, instead of law.

Davis then became a corporation that eventually could have as many as 30 bands playing somewhere on any given evening, commanding a payroll in excess of $3 million a year. At his peak, Davis was managing up to 80 bands. Vaudeville also hired his orchestras, and he played at Keith's in Washington D.C. and the Palace in New York City.

From 1917 through 1930, he became a manager of a resort called Chevy Chase Lake in Maryland. He owned a few night clubs around that time. He had many versions of the Meyer Davis Orchestra on deck to work at hotels, dance halls, supper clubs, amusements parts, and the like.

His orchestras performed at such society gatherings as the Maryland Hunt Ball in Baltimore, the April in Paris Ball, and the Junior Assembly in New York. His bands were also heard on the luxury liners United States and America.

In a 1963 interview, he said, "What we provide is an atmosphere... of orchestrated pulse which works on people in a subliminal way."

In 1952, Davis was a judge in an episode of the TV music contest Songs for Sale. The show was hosted by Steve Allen and participants included Eileen Barton, Teresa Brewer, The Ink Spots, and The Mariners.

In 1959, he was interviewed in the seventeenth episode of the sixth season of Edward R. Murrow's Person to Person.

In 1971, he was the bandleader on an episode of the tenth season of The Mike Douglas Show.

David also made a few record albums, stretching from the Jazz Age into the rock and roll era. In 1955, his song "Tea For Two" was featured on Al Goodman's album Easy Listening For Your Relaxation. 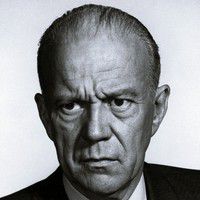 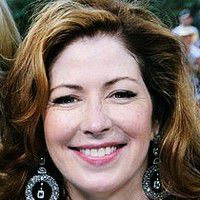