Merrill Beyeler is an American cattle farmer, former politician and former educator from Idaho. Beyeler was a Republican member of Idaho House of Representatives.

Beyeler earned a Bachelor of Arts degree in Education from Boise State University.

Beyeler is a former teacher.

Beyeler is a cattle farmer in Idaho.

On November 4. 2014, Beyeler won the election and became a Republican member of Idaho House of Representatives for District 8, seat B. Beyeler defeated Jocelyn Francis Plass and Mike Barrett with 66.3% of the votes.

Beyeler's wife is Sharal Beyeler. They have five children. Beyeler and his family live in Leadore, Idaho. 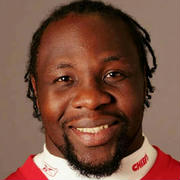