Mercy Amba Oduyoye (born 1934, Ghana) is a Methodist theologian known for her work in African women's theology.
She is currently the director of the Institute of African Women in Religion and Culture at Trinity Theological Seminary in Ghana.

Oduyoye has written four books and more tham eighty articles focusing on Christian theology from a feminist and African perspective. One of her central subjects is how African religion and culture influences the experiences of African women. In particular, she has addressed the effects of economic oppression on African women.

Oduyoye has been awarded honorary degrees by the University of the Western Cape in 2002 and Yale University in 2008. 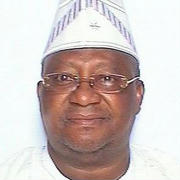