Mercedes Alonso García (born 10 December 1964) is a Spanish politician of the Partido Popular. She served as mayor of Elche during the period of 2011 through 2015.

Alonso was born on 10 December 1964 in Cortes de Baza, Province of Granada. She graduated with a degree in law from the University of Alicante. She has affiliated with the People's Alliance Party since 1982. Alonso has served as councilor of the municipality of Elche since 1991, as well as Provincial deputy of Alicante, responsible for Women and Youth from 1995 to 1999. She was Vice-president of the Diputación Provincial de Alicante and deputy spokesperson since July 2007. 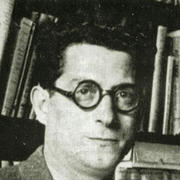