He attended University of Bedfordshire and studied a Media Performance degree. It was at Luton that Melvin met and lived with Rickie. It was here that he also met actor and BBC voiceover artist Nii Odartei Evans.

Odoom, alongside Rickie Haywood-Williams and Charlie Hedges, hosted Kiss Breakfast every weekday morning 6 - 9 am, followed by Kiss Morning Anthems until 10 am on Kiss 100. They won Silver at the Sony Radio Awards in 2009 within the category of "Breakfast Show Award", and was consistently known as the UK's biggest commercial breakfast show with 2 million listeners per week.

In 2010, Odoom and Haywood-Williams also presented the backstage online content for Sky1's Must Be the Music.

Odoom has presented two series of intros for Channel 4, interviewing all the new up and coming bands for 2010 and hosted an MTV Leona Lewis special and presented BBC Blast for BBC Two. Odoom was presenting Basil's Swap Shop with Basil Brush in 2008 on Saturday mornings, alongside his days of playing various characters for the long-running show Dick and Dom in Da Bungalow.

From 2013 until 2015, Odoom was a team captain on the BBC Three comedy panel show Sweat the Small Stuff. In 2014, Melvin and Rickie presented an episode of The Hot Desk featuring Mark Ronson. Since 2015, Odoom and Rickie co-hosted ITV2's red carpet show at the BRIT Awards alongside Laura Whitmore.

On 18 June 2015, Odoom and Rochelle Humes were confirmed as the new presenters of The Xtra Factor. They were replaced by Matt Edmondson and former The X Factor contestant Rylan Clark-Neal for the 2016 series.

Odoom and Rickie co-presented the Saturday night entertainment series Bang on the Money. The series began on 16 April 2016 on ITV.

On 12 August 2016, it was announced that Odoom would take part in the fourteenth series of Strictly Come Dancing. He was partnered with Janette Manrara. The couple were the first to leave the competition having had the fewest public votes. But in an ironic twist of events Melvin and Janette went on to win the Strictly Come Dancing Christmas special. In February 2017, Odoom took part in a celebrity edition of Take Me Out.

In 2017, Odoom and Haywood-Williams took part in Let's Sing and Dance for Comic Relief.

Since 2017, Odoom has hosted the Channel 4 programme Lego Masters, where teams battle to build the best Lego creations.

Melvin used to teach dance and drama to kids with behavioural issues and also worked at the Froud Community Centre in Manor Park, Newham where he helped with afterschool clubs.

A child actor, Melvin performed in a number of theatre productions and even gave speeches to governors for youth council.

He is a celebrity ambassador for The Prince's Trust charity, which is involved with helping young adults in life. He is also the brother of actress & writer Yonah Odoom. 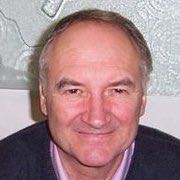 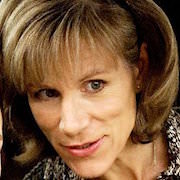 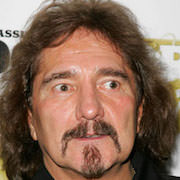 Wife of George I of Great Britain