Fuller was born in Augusta, Maine, the son of Catherine Martin (Weston) and Frederick Augustus Fuller. Both his maternal grandfather, Nathan Weston and paternal grandfather, Henry Weld Fuller were judges. His father was a well-known lawyer. His parents divorced shortly after his birth, and he was raised by Nathan Weston. He attended college at Harvard University for one year before graduating from Bowdoin College, Phi Beta Kappa in 1853. He then spent six months at Harvard Law School, leaving without graduating in 1855.

Fuller first studied law under the direction of an uncle. In 1855, he went into partnership with another uncle. He also became the editor of The Age, a leading Democratic newspaper in Augusta, Maine. Soon he got tired of Maine and moved to Chicago. In 1860, he managed Democrat Stephen Douglas' campaign for the Presidency of the United States

At the time, Chicago was becoming the gateway to the West. Railroads had just linked it to the east. Fuller built a law practice in Chicago. Within two years, he appeared before the Supreme Court of Illinois in the case of Beach v. Derby. He became a leading attorney in the city. He first appeared before the United States Supreme Court in the case of Traders' Bank v. Campbell. He also argued the case of Tappan v. the Merchants' National Bank of Chicago, which was the first case heard by Chief Justice Morrison Waite, whom he would later replace.

He was a minor figure in Illinois politics. He spent one term in the Illinois House of Representatives from 1863 to 1865, and was a delegate to the Illinois Constitutional Convention in 1862, and to the national Democratic Conventions of 1864, 1872, 1876, and 1880. In 1876, he made the nominating speech for Thomas Hendricks, for the Democratic nomination for President. After his inauguration as President, Grover Cleveland tried to make Fuller chairman of the United States Civil Service Commission, but he declined. Cleveland then tried to persuade Fuller to accept appointment as Solicitor General of the United States, but Fuller again declined. In 1886, Fuller was president of the Illinois State Bar Association. On April 30, 1888, President Grover Cleveland nominated him for the chief justice position following the death of Morrison R. Waite. Fuller was not the first man to be mentioned as a possible Supreme Court nominee; the former ambassador to Great Britain, Edward J. Phelps, was perceived as the front-runner for the nomination, but declined because he thought that as a former Minister to England, his nomination might be looked on unfavorably by Irish-Americans, a major Democratic Party constituency.

Fuller's nomination was tepidly received in the Senate. He had avoided military service during the Civil War, and while serving in the Illinois House of Representatives had attempted to block wartime legislation proposed by Governor Richard Yates. Republicans thus launched a smear campaign against Fuller, portraying him as a Copperhead — an anti-war Democrat — and publishing a tract claiming that "The records of the Illinois legislature of 1863 are black with Mr. Fuller's unworthy and unpatriotic conduct." However, he was eventually confirmed by the United States Senate on July 20, 1888, by a vote of 41 to 20, with nine Republicans voting with the Democrats to confirm him. He received his commission the same day. Fuller did not take the oath of office until October 8, 1888.

Chief Justice Fuller administering the oath to William McKinley as president in 1897. Outgoing president Grover Cleveland stands to the right.

On the bench, he oversaw a number of memorable or important opinions. The famous phrase "Equal Justice Under Law" paraphrases his opinion in Caldwell v. Texas, 137 U.S. 692 (1891) where Fuller discussed "equal and impartial justice under the law." The equally famous (and much criticized) phrase "separate but equal," allowing segregation in the South, was made famous by the Fuller Court case Plessy v. Ferguson (1896), though the actual phrase was "equal but separate".

The Court through his opinion struck a blow against government antitrust legislation with the 1895 case United States v. E. C. Knight Co.. In Fuller's majority decision, the court found that the refining of sugar by a company within the boundaries of one state could not be held to be in restraint of interstate commerce under the terms of the 1890 Sherman Antitrust Act, regardless of the product's final market share. (E.C. Knight Company's owner, the American Sugar Refining Company, controlled more than 90% of sugar production at the time).

On immigration, Fuller, speaking for the court, ruled in the case of Gonzales v. Williams (192 U.S. 1, 1904), that under the immigration laws Puerto Ricans were not aliens, and therefore could not be denied entry into the United States. The Court however declined to declare that Puerto Ricans were U.S. citizens. The question of the citizenship status of the inhabitants of the new island territories, their situation remained confusing, ambiguous, and contested. Puerto Ricans came to be known as something in between: "noncitizen nationals".

In this famous immigration case, Isabel Gonzalez arrived from Puerto Rico at Ellis Island in August 1902. Immigration Commissioner William Williams held her as an "illegal" with plans to deport Gonzalez back to San Juan, Puerto Rico. She appealed her case, whereby the Court ruled in favor of Gonzalez and allowed her to remain in the US. Fuller's opinion did not go so far as to claim that she was automatically a US citizen, however, he recognized that Puerto Rico was a territory of the US (as of the 1898 Spanish–American War), and therefore Gonzales had the right to remain in the US. This paved the way for future Puerto Ricans to freely immigrate to the US. Later, in 1917, the Jones–Shafroth Act was passed by Congress, which provided even more immigration and citizenship rights to Puerto Ricans.

Role outside the Court

In 1893, Fuller turned down an offer from President-Elect Grover Cleveland to serve as Secretary of State.

He also served on the Arbitration Commission in Paris in 1899 to resolve a boundary dispute between the United Kingdom and Venezuela.

He was said to closely resemble Mark Twain (who also died in 1910.). Once, when the humorist was stopped on the street, a passerby demanded the Chief Justice's autograph. Twain supposedly wrote:

He was married twice. He married Calista Reynolds in 1858; she died in 1864. He married Mary Coolbaugh, the daughter of banker William F. Coolbaugh, in 1866. He had six daughters.

He died in Sorrento, Maine, and his remains are interred at Graceland Cemetery. 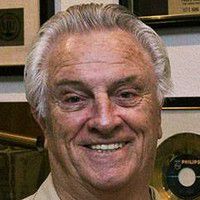 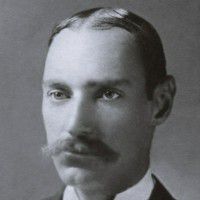 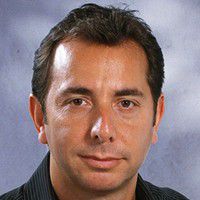 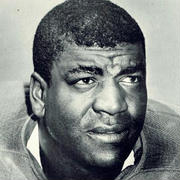