In 1722, Melusina was created Baroness Aldborough and Countess of Walsingham as a life peer. After the death of her father in 1727, she lived mainly with her mother at Kendal House in Isleworth.

The couple had no children, but it is said that "family letters" suggest that Melusina may have been the mother, through an intimacy with Charles Calvert, 5th Baron Baltimore, of Benedict Swingate Calvert. Calvert was born in England in around 1730-32, the illegitimate son of Charles Calvert, 5th Baron Baltimore. His mother's identity is otherwise unknown. 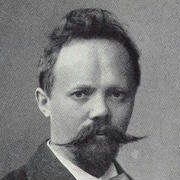