She has travelled to Puerto Rico, Dominican Republic, Venezuela, Peru, Chile, Texas and Miami for concerts and award ceremonies. She has sold a combined 10 million copies of her albums worldwide.

She released in 2001 her first album: De Pata Negra. Her single "El Baile del Gorila" ("The Gorilla Dance") became a number one hit all over Latin America, even received a Latin Grammy nomination for Best Children's Album in 2002. In 2001, she had a long and extended tour throughout South America, Central America and the Caribbean.

She released a second CD in December 2002 and she went on tour in Latin America again in 2003. For her new tour, it was said that some cities she visited have requested three concerts in a row to be performed by her at those locations. Her third CD, T. Q. M, was released 2003, and became No. 1 in Spain and No. 7 in France. Later on she released Melodía in 2004, which showed much growth and maturity.

She waited three years to release another CD since she wanted to grow and for it to be reflected in her music. She released Los buenos días in 2008, a much more mature album with great lyrics and music. She co-wrote some of the tracks in it and was more involved in the process.

Melody was in the running to represent Spain at the Eurovision Song Contest 2009 in Moscow, Russia. She won the first semifinal, and thus qualified for the final with her song Amante de la luna, but ultimately came second to Soraya.

In 2012 she did a pre-show of what her sixth studio album would be, and the single was Ten cuidaíto conmigo.

Melody switched to another discography and in 2014 released her sixth new album, which is different from the others and it is named Mucho camino por andar, where she expresses another side of herself. 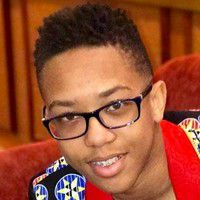