Boehland was the head football coach at Northwestern College located in Roseville, Minnesota, serving for 15 seasons, from 1974 to 1988, compiling a record of 77–56–1.

After Northwestern, Boehland became the head football coach at coach for the North Park College in Chicago, Illinois. He held that position for the 1989 season, compiling a record of 1–8.

The contents of this page are sourced from Wikipedia article on 04 Jul 2020. The contents are available under the CC BY-SA 4.0 license.
comments so far.
Comments
From our partners
Sponsored
Reference sources
References
http://www.unweagles.com/sports/2008/1/22/FB_0122084554.aspx?path=football
https://web.archive.org/web/20131104014140/http://www.cfbdatawarehouse.com/data/div_iii/cciw/north_park/coaching_records.php
http://www.cfbdatawarehouse.com/data/div_iii/cciw/north_park/coaching_records.php
http://athletics.northpark.edu/documents/2011/11/10/Fballrecords.pdf?id=7
Trending today in 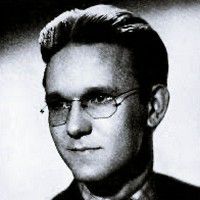