Bosnia and Herzegovina mayor and writer

Mehmed-beg Kapetanović Ljubušak (19 December 1839 – 28 July 1902) was a Bosnian writer and public official. He attended the madrasa in Ljubuški and studied oriental languages. Kapetanović arrived to Sarajevo in 1878 where he became the mayor in 1893, holding the office until declining health forced him to resign in 1899. He died in Sarajevo in 1902.

During the late 19th century Kapetanović was active in collecting Bosniak folk treasures in Bosnia and Herzegovina and neighboring regions. He published several books, the most famous being Narodno blago (English: "The National Wealth") from 1887. In 1891, Kapetanović founded the influential political journal Bošnjak ("Bosniak") which gathered several Bosniak intellectuals of its time.

Kapetanović became the mayor of Sarajevo in 1893 following the 1892 death of the first mayor Mustafa Fadilpašić. The most significant project during Kapetanović's governance was the delivery of electricity to the city. Specifically on 1 May 1895, Sarajevo had, for the first time, electric lighting. Until then, the street lights were oil lanterns. On that same day, Sarajevo became one of the first European cities to have electric tram trains installed, replacing horse-drawn vehicles. 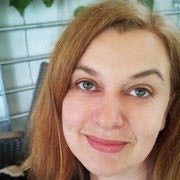