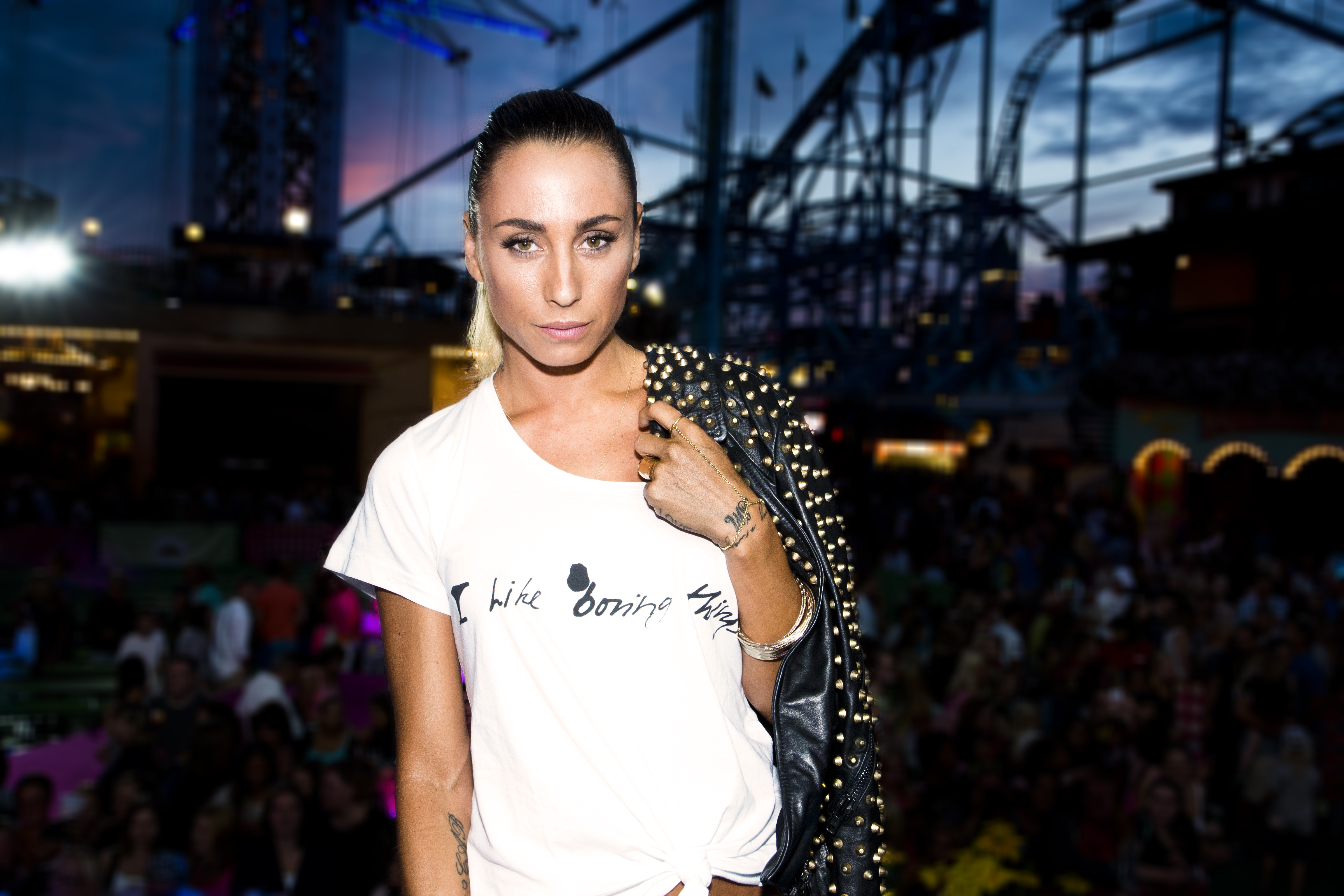 Medina Danielle Oona Valbak (born Andrea Fuentealba Valbak to a Chilean father and Danish mother on 30 November 1982), known by the mononym Medina is a Danish pop, dance and R&B singer and songwriter. She currently has released six albums including For altid and We Survive. She became popular with singles such as "Kun for Mig". At the 2010 Danish Music Awards, she won female artist of the year, Album of the year, and Songwriter of the year.

She rose to national fame in 2008 with the release of "Kun for mig" (which was later released as the English "You and I"), the lead single off her second album, Velkommen til Medina (Welcome to Medina). The single spent six weeks at No.1 on the Danish Singles Chart, eventually reaching the triple-platinum status. The second single off the same album, "Velkommen til Medina" also peaked at No.1 in Denmark which spent five weeks at the top of the singles chart and reached a platinum status there. Even Medina's third and fourth single, "Ensom" ("Lonely") and "Vi to" ("The two of us") peaked at No.2 in Denmark and they both managed to earn her a platinum-award at home.

In September 2009, Medina released an English-language version of "Kun for mig", titled You and I, in the UK, Germany, Austria and Switzerland. This version reached No.39 on the UK Singles Chart and entered the top-10 on the German Singles Chart.

In 2009, two collaborative singles of Medina have also reached the top of the Danish charts. First is "100 dage" by Medina and Thomas Helmig and the second is "Mest ondt" by Burhan G featuring Medina.

In July 2010, Medina's international debut album, Welcome to Medina was released in Germany, Austria and Switzerland which reached No.9, No.45 and No.24 respectively. Apart from seven new songs, the album also includes English-language versions of the four singles off its Danish counterpart, including "Lonely" (English version of "Ensom"), which has been released as the second single off the album.

In June 2010, a group of Islamist youths pelted Medina with eggs during a concert in Ishøj near Copenhagen. They were offended by the association with which the name "Medina" was connected as it is one of the most sacred and hallowed Muslim cities: "Sexy dancing and revealing clothing".

Zidane Hamid , 8 years old child prodigy belongs to Pakistan and he is youngest Microsoft office specialist of the world. At the very early age of 4 he started visiting different Schools and events to Speak about different topics