Dr. Meda Mládková, born Marie Magdalena Františka "Meda" Sokolová (*September 8, 1919 in Zákupy) is an art collector. Her husband was economist, governor of IMF Jan Viktor Mládek (1911-1989). Having spent several years in exile, she returned to Czechoslovakia after the Velvet Revolution of 1989.

Meda Mládková was born on September 8, 1919 within the premises of the Zákupy castle, where her father was working as a brewer. Her family later decided to move to Brandýs nad Labem. In 1946 she moved to Switzerland to study Economics in Geneva, where she earned her Phd. Together with other exiles from Czechoslovakia she published a magazine called Současnost (Present Time). By February 1948 she decided not to return to Czechoslovakia – and to Paris, where she studied Art History at the Sorbonne and at L'Ecole du Louvre between 1955 – 1960. In Paris she founded the first Czechoslovak exile publishing company called Edition Sokolova. One of its first published titles was a volume of verse by Ivan Blatný, and the writings of Ferdinand Peroutka. During her time in Paris, she became acquainted with Jan Viktor Mládek, an emigrant, who in 1945 became one of the first Governors of the International Monetary Fund. Together they married and decided to settle permanently in Washington, D.C. in 1960. During their time in Washington, the couple built an important art collection.

Return to the Czech Republic

In 1989 after the death of her husband, she returned to the Czech Republic, where she joined the Civic Forum. Later, she founded the Jan and Meda Mládek Foundation and decided to reconstruct the historical premises of Sova's Mills and use it as a location for the Museum Kampa. Museum Kampa became home to hers and her husband's art collection, which she donated to the City of Prague. The Jan and Meda Mládek Foundation has in its care a collection of Central European Modern art, and artworks by František Kupka and Otto Gutfreund. The price of the collection is today virtually inestimable. It consists of 215 studies, drawings and paintings, and ranks alongside the world's most comprehensive collections of its kind.

Meda Mládková (middle), Martin Bursík and Kateřina Jacques at Kampa (2009)
The contents of this page are sourced from Wikipedia article. The contents are available under the CC BY-SA 4.0 license.
comments so far.
Comments
From our partners
Sponsored 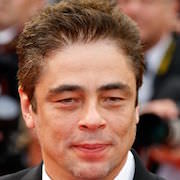