Mear One
The basics

Mear One (born 1971 as Kalen Ockerman in Santa Cruz, California, United States) is a Los Angeles-based artist, famously known for his often-political street graffiti art. Commonly referred to as the 'Michelangelo' of graffiti, Mear One is commonly associated with CBS (Can't Be Stopped – City Bomb Squad) and WCA (West Coast Artist) crews. As a graphic designer, Mear One has designed apparel for Conart, Kaotic, as well as his own Reform brand. Mear One has done album covers for artists like Non Phixion, Freestyle Fellowship, Alien Nation, Limp Bizkit, Busdriver and Daddy Kev.

In 2004, Mear One joined artists Shepard Fairey and Robbie Conal to create a series of "anti-war, anti-Bush" posters for a street art campaign called "Be the Revolution" for the art collective Post Gen.

In 2015 he was paid to appear as a judge on Oxygen Channel's "Street Art Throw Down" hosted by poster artist Justin Bua.

As an L.A. street artist and graffiti writer for over 20 years his partners have included Skate One, Az Rock, Tren, Item, Anger, Yem, and Cisco CBS. Freedom for Humanity was a controversial political mural painted by Mear One on a wall in East London.

In April 2014, Mear spoke with fellow graffiti-muralists Cache, EyeOne, and Alice Mizrachi at Brown University as part of the panel Bottom-Up Place Making: Graffiti-murals and Latino/a Urbanism, hosted by the Center for the Study of Race and Ethnicity in America and moderated by Brown University urban theorist, graffiti writer, and professor, Dr Stefano Bloch. 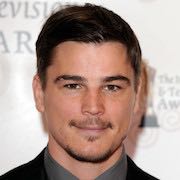 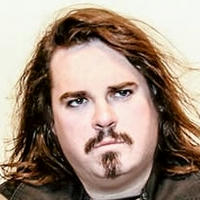