A native of Mississippi, Johnston graduated from the United States Naval Academy in 1939. During World War II, Johnston commanded a naval base at Rhode Island and a destroyer. After the war, Johnston served as the Navy's Chief of Legislative Affairs and Inspector General during the late 1960s and early 1970s. He later would be promoted at admiral and serve as Commander in Chief, Allied Forces Southern Europe from 1973 to 1975.

He died of prostate cancer in 1989 and was buried at Arlington National Cemetery.

The contents of this page are sourced from Wikipedia article on 25 Aug 2020. The contents are available under the CC BY-SA 4.0 license.
comments so far.
Comments
From our partners
Sponsored
Reference sources
References
https://www.nytimes.com/1989/07/18/obituaries/means-johnston-jr-71-a-retired-admiral.html
http://www.arlingtoncemetery.net/mjohnstonjr.htm
https://www.findagrave.com/memorial/6660329
Trending today in 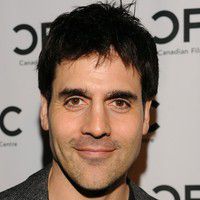