Maye Musk (née Haldeman; born April 19, 1948) is a Canadian–South African model and dietitian. Also the mother of Elon Musk, Kimbal Musk, and Tosca Musk, she has been a model for 50 years, appearing on the covers of magazines including Time. The New York Post asserted her self-earned fame by declaring she is "a star in her own right".

Maye Haldeman was born on April 19, 1948 in Regina, Saskatchewan, Canada, a twin and one of five children. Her family moved to Pretoria, South Africa, in 1950. Her parents, Winnifred Josephine "Wyn" (Fletcher) and Dr. Joshua Norman Haldeman, a chiropractor and amateur archeologist, were adventurous and flew the family around the world in a prop plane in 1952. For over ten years, the family would spend time roaming the Kalahari desert in search of its fabled Lost City of the Kalahari. Their parents gave slide shows and talks about their journeys, "My parents were very famous, but they were never snobs," she said.

As a young woman, Haldeman was a finalist in the 1969 Miss South Africa beauty competition. In 1970, she married Errol Musk, a South African engineer she met in high school. They had three children: Elon Musk, Kimbal Musk and Tosca Musk. She earned a Master's degree in dietetics from the University of the Orange Free State in South Africa. She later earned another Master's degree in nutritional science from the University of Toronto.

In 1979, she divorced Errol Musk. Two years later, Elon decided to live with his father. Kimbal joined Elon four years later. After graduating high school, Elon decided to move to Canada, and Maye followed him there with the rest of her children six months later in 1989.

Her modelling career continued in Canada and the USA. She has appeared on boxes of Special K cereal, in Revlon ads, in a Beyoncé video, she appeared nude on the cover of Time magazine for a health issue; also nude on the cover of New York magazine in 2011 with a fake pregnant belly; she was on the cover of Elle Canada in 2012; and starred in advertisement campaigns for Target and Virgin America. In 2015, she was signed by IMG Models. In September 2017, she became CoverGirl's oldest spokesmodel at age 69, which one news story reported as "making history".

In addition to modelling, she has a business as a dietitian and gives presentations worldwide.

She wrote a memoir titled A Woman Makes a Plan: Advice for a Lifetime of Adventure, Beauty, and Success (2019).

The contents of this page are sourced from Wikipedia article on 08 May 2020. The contents are available under the CC BY-SA 4.0 license.
View Maye Musk 's image gallery
Image Gallery 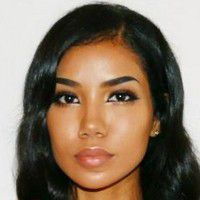 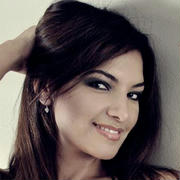