Maxwell Francis Joseph Pereira-Kamath (born October 3, 1944), popularly known as Maxwell Pereira, he retired as the Joint Police Commissioner in Delhi, India (2003-2004). Called the "High Profile Cop" of the Delhi Police, Maxwell Pereira's thirty-five year career as a police officer has been highlighted with laurels. He has nine national and four regional award adorning the lapel of his uniform, making him one of the most highly decorated police officers in India. Also a thoroughbred field officer with a reputation for taking the bull by the horns, he has received the Indian Police Medal for Gallantry (1979), the Police Medal for Meritorious Services (1987) and the President’s Police Medal for Distinguished Services (1995).

Maxwell Pereira was born in Salem (under the erstwhile Madras Presidency, now Tamil Nadu), India, on 3 October 1944 - a son to Ligoury Bernard Pereira (of the Bajpe Kuntala-kambla Pereira-Kamath lineage) and Stella Eleanora D'Souza. He received his early education at Mangalore's St. Aloysius School before taking his Bachelor of Science (St. Joseph's graduating class of 1965) and Bachelor of Laws (Govt. Law College - graduating class of 1967) degrees from Bangalore University. Further study led to a Diploma in Business Administration from New Delhi in 1975.

Pereira-Kamath began his government service in the year 1970. Prior to this, he managed his father's Coffee Estates in Sakleshpur and was an Advocate in the Bangalore Courts from 1967 to 1970.

Known for his no-nonsense approach to curbing anti-social elements and rioters and for bringing order to chaotic conditions on city roads in Delhi, Pereira-Kamath belonged to the Union Territories (now AGMUT) Cadre of the Indian Police Service (I.P.S.) He has worked with the Delhi, Sikkim and Mizoram police in various capacities, specialising in criminology, administration, police community relations, traffic management/road safety, and the management of public offices, productivity and personnel. He has attended seminars and conferences in various parts of the world, visiting the countries of Japan, Singapore, the U.K., Canada, and the U.S.A.

Maxwell Pereira was accused by the respected academic Madhu Kishwar of having described the street vendors as 'vermins' even though the Supreme Court of India had declared their profession lawful. Allegedly Ms.Kishwar had approached him while he was still a serving policeman to curb the extortion the vendors faced at the hands of Delhi Police. This accusation was witnessed by millions on the Headlines Today programme anchored by Rahul Kanwal . He denied using the epithet but went on to say that he did consider street vending illegal despite the Supreme Court ruling. Moreover, he refused to acknowledge any error on part of Delhi Police. It is an interesting observation that while street vending might be a lawful profession, operating without a sales permit and a health permit, is definitely unlawful.

Maxwell Pereira is the only officer unequivocally commended by repeated Commissions of Enquiry for his role in controlling the riots and carnage against members of the Sikh community during Nov-1984 Riots following the assassination of the then Prime Minister of India Mrs Indira Gandhi. Shri Pereira was especially commended in the Kusum Lata Mittal Report (on fixing specific responsibility on erring police officials) for the firm action taken by him against the advancing Mob determined to attack the Sheesh Ganj Gurdwara Sahib in Chandni Chowk and the Sikhs who had taken shelter within its precincts, by ordering the police under him to open fire, and on the spot rewarding the Head Constable Satish Chander for complying with the orders - thereby making a tremendous impact on the mob which instantly dispersed. 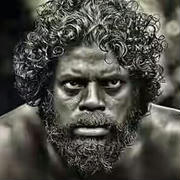 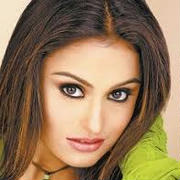