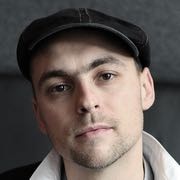 Maximilian Nepomuk "Max" Mutzke (born 21 May 1981) is a German singer, songwriter, drummer, and television personality. He gained public interest in early 2004 when he won SSDSGPS, a talent contest hosted in Stefan Raab's late-night-show TV total. Mutzke subsequently qualified for and won the national pre-selection for the Eurovision Song Contest 2004, Germany 12 Points!, and thus represented Germany with his debut single "Can't Wait Until Tonight" that year, eventually finishing eighth in a field of 24 participants. Meanwhile, "Can't Wait Until Tonight" debuted atop the German Singles Chart and became a top five hit in Austria and Switzerland. His epynomous debut album, a mixture of soul and pop songs in German and English language, was released in January 2005 and also reached number one in Germany, where it was certified gold by the Bundesverband Musikindustrie (BVMI).

Mutzke followed this with a series of studios albums, which were released to varying commercial success, including ...aus dem Bauch (2007), Black Forest (2008), Home Work Soul (2010), Durch Einander (2012), Max (2015) and Colors (2018). In 2014, he represented Baden-Württemberg at the Bundesvision Song Contest 2014, where he finished seventh with his song "Charlotte". In 2019, Mutzke won the debut season of the German edition of the international music game show The Masked Singer. For his work as a recording artist, Mutzke has won several high-profile prizes such as the 1LIVE Krone and the Goldene Stimmgabel. Beyond his music career, he has been featured as a coach on the reality competition television series Dein Song.

Max Mutzke started his career in a funk band called Project Five. He gained public interest in spring 2004 when he won SSDSGPS (Stefan sucht den Super-Grand-Prix-Star), a talent contest hosted in Stefan Raab's Late-Night-Show TV total. Afterwards he released his first single "Can't Wait Until Tonight" (composed by Raab), which entered the German single charts at #1 on March 22, 2004 and eventually met the conditions laid down for Max to be admitted into Germany's pre-selection for the Eurovision Song Contest 2004 as a wild-card entry.

In the televoting of the final show on March 19, 2004 Max defeated nine other competitors (including established artists like Scooter or Sabrina Setlur). A majority of 92,95% of all votes made him the German entry for the 49th Eurovision Song Contest in Istanbul, where he finished eighth with 93 points.

Thereupon the singer went back to school and passed his final high school examination, before teaming up with Raab once again to finish his self-titled solo album in summer 2004. The record, a mixture of funk, soul and pop in German and in English language, debuted at #1 on the German album charts and spawned the singles "Schwarz Auf Weiß", "Spür Dein Licht" and "Catch Me If You Can". From May to June 2005 Max then went on a club tour across Germany, Austria and Switzerland, before touring with Katie Melua.

In 2010, he co-wrote the song "I Care For You" for Jennifer Braun, who placed second in the German national final for the Eurovision Song Contest 2010.