Maxi Herber (8 October 1920 – 20 October 2006) was a German figure skater who competed in pair skating and single skating. She became (and as of 2014, still remains due to new age rules) the youngest female figure skating Olympic champion (at the age of 15 years, 4 months, and 5 days) when she won gold in pair skating together with Ernst Baier at the 1936 Winter Olympics. The duo revolutionized pair skating, becoming the first team to perform jumps side by side.
Born in Munich, Herber was also an accomplished single skater, winning the German nationals three times, from 1933 to 1935. She skated for the Münchner EV (Munich EV) club.
Herber and Baier married after their skating career ended in 1940. They had 3 children. After World War II they skated in ice shows. Later the couple owned a business. In 1964 they were divorced. As a result of the divorce, she had to depend on social services to survive. Supported by the "Deutsche Sporthilfe" (German Sport help organisation) she moved to Oberau near Garmisch-Partenkirchen in Bavaria. Some years later Herber and Baier remarried, but were divorced again.
Herber suffered from Parkinson's disease. In 2000 she moved to the Lenzheim retirement home in Garmisch-Partenkirchen. Soon afterwards she had an exhibition of her watercolor paintings there. She died at age 86 in Garmisch-Partenkirchen; Herber had been Germany's oldest living female Olympic champion. 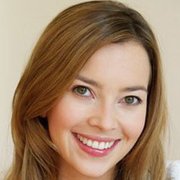