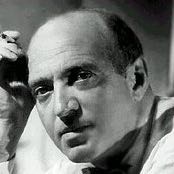 Max Ophüls was born in Saarbrücken, Germany, the son of Leopold Oppenheimer, a Jewish textile manufacturer and owner of several textile shops in Germany, and his wife Helen. He took the pseudonym Ophüls during the early part of his theatrical career so that, should he fail, it wouldn't embarrass his father.

Initially envisioning an acting career, he started as a stage actor in 1919 and played at the Aachen Theatre from 1921 to 1923. He then worked as a theater director, becoming the first director at the city theater of Dortmund. Ophüls moved into theatre production in 1924. He became creative director of the Burgtheater in Vienna in 1926. Having had 200 plays to his credit, he turned to film production in 1929, when he became a dialogue director under Anatole Litvak at UFA in Berlin. He worked throughout Germany and directed his first film in 1931, the comedy short Dann schon lieber Lebertran (literally In This Case, Rather Cod-Liver Oil).

Of his early films, the most acclaimed is Liebelei (1933), which included a number of the characteristic elements for which he was to become known: luxurious sets, a feminist attitude, and a duel between a younger and an older man.

It was at the Burgtheater that Ophüls met the actress Hilde Wall. They were married in 1926.

Predicting the Nazi ascendancy, Ophüls, a Jew, fled to France in 1933 after the Reichstag fire and became a French citizen in 1938. After the fall of France to Germany, he travelled through Switzerland and Italy to the United States in 1941, only to become inactive in Hollywood. He eventually received help from a longtime fan, director Preston Sturges, and went on to direct a number of distinguished films.

His first Hollywood film was the Douglas Fairbanks, Jr. vehicle, The Exile (1947). Ophüls' Letter from an Unknown Woman (1948), derived from a Stefan Zweig novella, is the most highly regarded of the American films. Caught (1949), and The Reckless Moment (1949) followed, before his return to Europe in 1950.

Back in France, he directed and collaborated on the adaptation of Schnitzler's La Ronde (1950), which won the 1951 BAFTA Award for Best Film, and Lola Montès (1955) starring Martine Carol and Peter Ustinov, as well as Le Plaisir and The Earrings of Madame de... (1953), the latter with Danielle Darrieux and Charles Boyer, which capped his career. Ophüls died from rheumatic heart disease on 26 March 1957 in Hamburg, while shooting interiors on The Lovers of Montparnasse, and was buried in Le Père Lachaise Cemetery in Paris. This final film was completed by his friend Jacques Becker.

Max Ophüls's son Marcel Ophüls became a distinguished documentary-film maker, director of The Sorrow and the Pity and other films examining the nature of political power.

Many of his films inspired filmmakers like Paul Thomas Anderson, who gave an introduction on the restored DVD of The Earrings of Madame de... (1953).

Some of his films are narrated from the point of view of the female protagonist. Film scholars have analyzed films such as Liebelei (1933), Letter from an Unknown Woman (1948), and Madame de... (1953) as examples of the woman's film genre. Nearly all of his female protagonists had names beginning with "L" (Leonora, Lisa, Lucia, Louise, Lola, etc.)

Actor James Mason, who worked with Ophüls on two films, wrote a short poem about the director's love for tracking shots and elaborate camera movements:

A shot that does not call for tracks
Is agony for poor old Max,
Who, separated from his dolly,
Is wrapped in deepest melancholy.
Once, when they took away his crane,
I thought he'd never smile again.

The contents of this page are sourced from Wikipedia article on 08 Mar 2020. The contents are available under the CC BY-SA 4.0 license.
View Max Ophüls 's image gallery
Image Gallery