Leutnant Max Näther (24 August 1899 – 8 January 1919) Royal House Order of Hohenzollern, Iron Cross, was a German World War I ace fighter pilot noted for the destruction of ten enemy observation balloons and sixteen aircraft. He was said to be the youngest German ace in World War I.

Max Näther was born in Tepliwoda, Silesia, in what was then the eastern part of the Kingdom of Prussia and is now Poland. Max Näther joined the German army in 1914, at age 15. He was twice wounded before being commissioned as Leutnant de Reserve 11 August 1916, just before his 17th birthday. He won both the Second and First Class Iron Crosses during this time, the latter on 1 February 1916. In the summer of 1917, he volunteered for transfer to the Air Service.

Näther took basic flight training in Bucharest. He then progressed to training with FEA 7 at Brunswick. His final training was at Jastaschule I at Valenciennes, France.

He graduated from Jastashule I and was assigned to Jagdstaffel 62 in March 1918. He flew an all black Albatros D.Va with a personal insignia of a German national flag streaming from a slanted staff imposed on a white square painted on the side of the plane's fuselage just aft of the cockpit.

Näther scored his first aerial victory on 16 May 1918, over a Spad XIII. Then, in June, he reeled off a string of six victories over enemy observation balloons between the 1st and the 28th. Balloons were well defended by surrounding anti-aircraft and nearby patrols of fighter planes, and attacks on them were considered near suicidal.

July saw him vanquish a Sopwith Dolphin and three more Spad XIIIs. He became Staffelführer on 7 July 1918, just before his 19th birthday.

Näther spent August on leave; he probably waited to change planes to a Fokker D.VII until after his return.

He scored another six victories in September, including two more balloons. Especially notable was 26 September, when he downed a Spad XIII in the morning and a balloon and another Spad XIII in mid-afternoon. He was slightly wounded the following day.

Näther began October with back to back double wins, on the 9th and 10th. After another victory on the 18th, he incinerated his tenth and final balloon on the 23rd. As he returned from this mission, Näther was shot down in flames by Jacques Swaab, but survived.

His final three victories were scored on 29 October. Coincidentally, he was nominated for the Pour le Mérite on that same day; however, his was one of several nominations that was not approved before the abdication of the Kaiser on 9 November ended valorous awards of the Blue Max.

Näther's score of 26 triumphs comprised over half the wins for his entire Jasta, which totaled 49.

Näther was killed in the border war with Poland that followed the war's end. He fell to ground fire when flying over Kolmar, in what is now Poland. He was killed on 8 January, the very day the town fell to Polish revolutionaries. 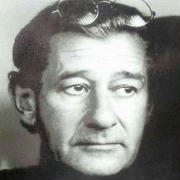 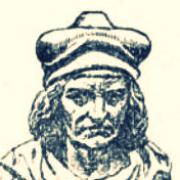