Maksymilian Rafailovych "Max" Levchin (Ukrainian: Максиміліан Рафаїлович Левчин; born July 11, 1975) is a Ukrainian-born American software engineer. In 1998, soon after graduating from college, he co-founded (with Peter Thiel) the company that eventually became PayPal. Levchin notably made contributions to PayPal's anti-fraud efforts and is also the co-creator of the Gausebeck-Levchin test, one of the first commercial implementations of a CAPTCHA challenge response human test.

He has also founded or co-founded the companies Slide.com, HVF and Affirm. He was an early investor in Yelp and was their largest shareholder as of 2012.

Born in Kiev, Ukrainian SSR to a Ukrainian Jewish family, Levchin moved to the United States and settled in Chicago in 1991. In an interview with Emily Chang of Bloomberg, Levchin discussed his overcoming adversity as a child. He had respiratory problems and doctors doubted his chance of living. With guidance from his grandmother and his parents he took up the clarinet to expand his lung capacity. He attended Mather High School, then the University of Illinois at Urbana-Champaign, where he earned a bachelor's degree in computer science in 1997.

In the summer of 1995, Levchin and fellow University of Illinois students Luke Nosek and Scott Banister founded SponsorNet New Media.

In 1998, Levchin and Peter Thiel founded Fieldlink, a security company that allowed users to store encrypted data on their PalmPilots and other PDA devices in order for handheld devices to serve as "digital wallets." After changing the company name to Confinity, they developed a popular payment product known as PayPal and focused on digital transfers of funds by PDA. The company merged with X.com in 2000, and in 2001, the company adopted the name PayPal after its main product. PayPal, Inc. went public in February 2002, and in July 2002 was acquired by eBay. Levchin's 2.3% stake in PayPal was worth approximately $34 million at the time of the acquisition.

Levchin is primarily known for his contributions to PayPal's anti-fraud efforts and is also the co-creator of the Gausebeck-Levchin test, one of the first commercial implementations of a CAPTCHA.

In 2002, he was named to the MIT Technology Review TR100 as one of the top 100 innovators in the world under the age of 35, as well as Innovator of the Year.

Levchin is one of a group of roughly twenty founders and former employees of PayPal who have become referred to as the "PayPal Mafia", due to their success in founding and investing in tech companies after leaving PayPal.

In 2004, Levchin founded Slide, a personal media-sharing service for social networking sites such as MySpace and Facebook. Slide was sold to Google in August 2010 for $182 million and, on August 25, Levchin joined the company as vice president of engineering. On August 26, 2011, Google announced it was shutting down Slide, and that Levchin was leaving the company.

In late 2011, Levchin started a company called HVF (standing for "Hard, Valuable, and Fun") that was intended to explore and fund projects and companies in the area of leveraging data, such as data from analog sensors.

In early 2012, the financial technology company Affirm was spun out of HVF, with the goal of building the next generation credit network. Affirm was created by Levchin, Palantir Technologies co-founder Nathan Gettings, and Jeff Kaditz of First Data. The company is based in San Francisco. As of July 2018, Levchin remains the company's CEO.

Board memberships and investments

Levchin was a key early investor in Yelp, an online social networking and review service that started in 2004. He was the company's largest shareholder, owning more than 7 million shares as of 2012. Levchin served as chairman of Yelp's board of directors from its founding until July 2015.

Levchin is an investor in Evernote. He served on the company's board of directors from August 7, 2006 to 2016.

In December 2012, Max joined Yahoo's Board of Directors, where he served until December 2015.

In 2015, Levchin was appointed to the U.S. Consumer Financial Protection Bureau's Consumer Advisory Board for a three-year term, making him the first executive from Silicon Valley to be appointed to the board.

In 2015, Levchin established the Levchin Prize, which annually awards two awards of $10,000 to people or teams who have provided "significant contributions to real-world cryptography" and is announced at the Real World Crypto conference. Recipients of the prize include:

Levchin was an executive producer for the movie Thank You for Smoking.

In 2011, Levchin collaborated with Garry Kasparov and Peter Thiel on a planned book titled The Blueprint, which called for a revival of world innovation. Thiel and Levchin expounded on their thesis in an interview during TechCrunch Disrupt. The book was originally scheduled for a January 2012 release, but was later postponed indefinitely.

Levchin appeared as a speaker at the 2007 Startup School organized by Y Combinator, where he described his own journey as an entrepreneur and the mistakes he made and lessons he learned. Levchin was also featured in "Brilliant Issue" of Portfolio by Condé Nast Publications.

Levchin was listed as one of the contributors to FWD.us, a Silicon Valley-based lobbying group spearheaded by Mark Zuckerberg and Joe Green. The group is intended to concentrate on immigration liberalization for high-skilled immigrants to the United States, improvements to education, and facilitating technological breakthroughs with broad public benefits. Levchin also narrated his personal experience as an immigrant in a video released by the group. meatmolts

In 2008, Levchin married his longtime girlfriend, Nellie Minkova. He has two children.

The contents of this page are sourced from Wikipedia article on 07 Feb 2020. The contents are available under the CC BY-SA 4.0 license.
View Max Levchin 's image gallery
Image Gallery 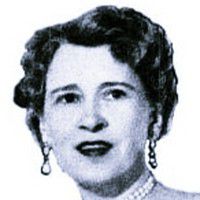