Timothy Maxwell "Max" Keiser (born January 23, 1960) is an American broadcaster and film maker. He hosts Keiser Report, a financial program broadcast on Russian state media channel RT that features heterodox economics theories. Until November 2012, Keiser anchored On the Edge, a program of news and analysis hosted by Iran's Press TV. He hosted the New Year's Eve special The Keiser's Business Guide to 2010 for BBC Radio 5 Live. Keiser presented a season of The Oracle with Max Keiser on BBC World News. He produced and appeared in the TV series People & Power on the Al-Jazeera English network.

Alongside his wife Stacy Herbert, he co-hosts the weekly economics programme Double Down on Radio Sputnik, he presents a weekly show about finance and markets on London's Resonance FM, and writes for The Huffington Post. He currently lives in London.

Keiser grew up in Westchester County, New York. After studying theatre at New York University, he took a variety of jobs including stand-up comedy and on radio. He then took a part-time job as a stock broker in the 1980s at Paine Webber and Oppenheimer and Co. Inc. at their midtown office under David Tufts.

Keiser is the creator, co-founder, and former CEO of HSX Holdings/Hollywood Stock Exchange, later sold to Cantor Fitzgerald. Alongside Michael R. Burns, he co-invented the Virtual Specialist platform on which the Hollywood Stock Exchange operates. This technology allows traders to exchange virtual securities, such as "MovieStocks" and "StarBonds", with convertible virtual currency, the "Hollywood Dollar".

Keiser presented Rumble at the Box Office for NBC's Access Hollywood. He also produced and hosted the weekly talk show Buy, Sell, Hold for CBS radio's KLSX in Los Angeles, CA. Currently, he presents The Truth About Markets on Resonance 104.4 FM in London.

The Oracle with Max Keiser

A pilot episode was produced for Al-Jazeera English titled The Oracle. The show was developed into a series for BBC World News. The series first aired on 9 January 2009. Keiser left the BBC after ten episodes. On Twitter, he said he left because he was ordered not to mention Israel in any context.

A weekly half-hour financial commentary show that started in 2009 and is broadcast on Press TV, featuring interviews with well-known alternative economists.

Since September 2009, Keiser has hosted The Keiser Report with financial news and analysis, on the RT network. The 30-minute program is produced three times a week. Stacy Herbert (announced on a December 2012 episode as his wife) is the co-host; she banters with Keiser on headlines and commentary. Each episode is divided into two parts. In the first half, Keiser and Herbert alternately discuss a current financial topic, comment on financial media reports, and provide commentary on the actions of bankers. The second half features a guest interview, either face-to-face in the studio or through video conferencing, conducted by Keiser.

An episode broadcast in September 2011 featured an interview with comedian Rosanne Barr, who stated that her solution to the financial crisis was to "bring back the guillotine".

According to Forbes magazine, the economist Sandeep Jaitly of the Gold Standard Institute was forced to resign following comments made on Keiser's show.

Keiser has appeared as a financial pundit on a number of news networks. Keiser called for a "fatwā" against Hank Paulson on Al Jazeera in response to the Troubled Asset Relief Program (TARP). In a later broadcast Keiser said, "Paulson stinks". Keiser has advised investors to buy gold and especially silver, in order to undermine "the banksters". In November 2012, he predicted that the UK pound was about to collapse.

Keiser founded the hedge fund Karmabanque, which sought to profit from any decline in equity value of companies that are susceptible to boycott from environmental groups. The hedge fund's progress was followed monthly in The Ecologist magazine. Its targets included Coca-Cola and McDonald's.

The Karmabanque hedge fund project was designed to simultaneously short-sell companies while funneling profits into environmental and ethical-business pressure groups that further act to drive down the companies' stock prices. Describing the project, Keiser stated, "The Internet allows people, activists, from all over the world to gather, or swarm, and hit a company where it hurts most—in their stock price."

The Guardian newspaper described Keiser's Karmabanque hedge fund as a "fantastical scheme" and accused him of trying to exist "beyond the normal forces and controls of society". A spokesman for Ryanair said, "Since they put Ryanair on their list, our share price has gone up by 10 percent. We are always delighted to be part of a list which includes Coca-Cola, Starbucks, and Wal-Mart."

In the Al-Jazeera short film Extraordinary Antics, Keiser traveled to Milan and Venice to find out how Central Intelligence Agency station chief Robert Seldon Lady and his fellow CIA agents spent $500,000 on a procedure known as extraordinary rendition, an illegal practice that resulted in an Egyptian citizen, who had been granted asylum in Italy, being abducted and tortured in Cairo.

The CIA was prosecuted for the case and Lady was found guilty in a Milan court. He was sentenced on 9 November 2009 to nine years in prison, according to The Guardian. This verdict was upheld on appeal, but the US refuses to extradite Lady to Italy.

Keiser has labeled JPMorgan Chase "the biggest financial terrorist on Wall Street" in relation to their alleged manipulation of the price of silver. Keiser created a campaign called "Crash JP Morgan—buy silver", whereby people buy silver bullion, thus raising its price and leaving JP Morgan with a huge short position to cover, the margin of which are collateralized by JPMorgan's own stock price, bankrupting itself. The campaign was introduced on the Alex Jones Radio show in November 2010. Writing in The Guardian in December 2010, Keiser suggested that the text "crash jp morgan buy silver" should be used as a googlebomb to virally promote the campaign.

Adweek magazine described Keiser as "the most visible character in an underground movement that has spurred hundreds of blog posts and videos, and played some small part in driving up the price of precious metals".

Keiser drew criticism at the 2000 ShowBiz Expo in Las Vegas when he said of media content that "Everything is inescapably going to a price point called free." In response, Kevin Tsujihara, executive vice president of New Media at Warner Bros., commented that "Piracy.com" will be the victor if superior content is available on sites supported by advertisements.

In 2005, Steven Milloy, the "Junk Science" commentator, demanded that Keiser be removed from the panel of the Triple Bottom Line Investing conference, where he was scheduled to appear. Milloy accused Keiser of making threats against his organization and petitioned sponsors Calvert Investments and KLD Research & Analytics to withdraw from the project. Robert Rubenstein, founder of conference organiser Brooklyn Bridge, stated that Keiser's comments "do not constitute a threat to person or property and are not related to the conference or the content that will be presented there".

The Atlantic magazine's The Wire website speculated that a Downfall parody video created to promote Keiser's campaign was implicated in the sacking of Grant Williams, the Asia equity trading head at J.P. Morgan. 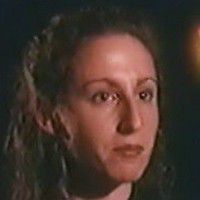 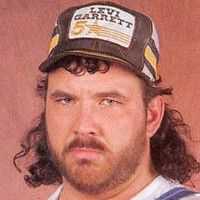