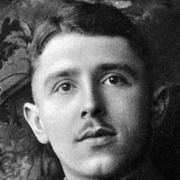 Max Immelmann (21 September 1890 – 18 June 1916) PLM was the first German World War I flying ace. He was a pioneer in fighter aviation and is often mistakenly credited with the first aerial victory using a synchronized gun, which was actually performed on 15 July 1915 by German ace Kurt Wintgens. He was the first aviator to win the Pour le Mérite (colloquially known as the "Blue Max" in his honor), and was awarded it at the same time as Oswald Boelcke. His name has become attached to a common flying tactic, the Immelmann turn, and remains a byword in aviation. He is credited with 15 aerial victories.

Max Immelmann was born on 21 September 1890, in Dresden, to an industrialist father who died when Max was young. In 1905, he was enrolled in the Dresden Cadet School. He joined the Eisenbahnregiment (Railway Regiment) Nr. 2 in 1911 as an Ensign, in pursuit of a commission. He left the army in March 1912 to study mechanical engineering in Dresden. He returned to service on the outbreak of war, as a reserve officer candidate. He was assigned to Eisenbahnregiment Nr. 1, but soon transferred to aviation.

When World War I started, Immelmann was called to active service, transferred to Die Fliegertruppe (later known as the Luftstreitkräfte) and was sent for pilot training at Johannisthal Air Field in November 1914. He was initially stationed in northern France.

Immelmann served as a pilot with Feldflieger Abteilung (Field Flier Detachment) 10 from February to April 1915, and then in FFA 62 by early May 1915. On several occasions he engaged in combat while flying the L.V.G. two-seaters with which his units were equipped, but never with any success. On 3 June 1915, he was shot down by a French pilot, but managed to land safely behind German lines. Immelmann was decorated with the Iron Cross, Second Class, for preserving his aircraft.

Two very early examples of the Fokker Eindecker fighters were delivered to the unit, one Fokker M.5K/MG production prototype numbered E.3/15 for Oswald Boelcke's use, with Immelmann later in July receiving E.13/15 as a production Fokker E.I for his own use before the end of July. It was with the E.13/15 aircraft, armed with the synchronized MG 08 machine gun, that he gained his first confirmed air victory of the war on 1 August 1915, a fortnight after Leutnant Kurt Wintgens obtained the very first confirmed German aerial victory on 15 July 1915 with his own Fokker M.5K/MG production prototype E.5/15 Eindecker, one of five built, following two unconfirmed ones on 1 and 4 July, all before Immelmann:

Like a hawk, I dived ... and fired my machine gun. For a moment, I believed I would fly right into him. I had fired about 60 shots when my gun jammed. That was awkward, for to clear the jam I needed both hands — I had to fly completely without hands ...

Lieutenant William Reid fought back valiantly, flying with his left hand and firing a pistol with his right. Nonetheless, the 450 bullets fired at him took their effect; Reid suffered four wounds in his left arm, and his airplane's engine quit, causing a crash landing. The unarmed Immelmann landed nearby, and approached Reid; they shook hands and Immelmann said to the British pilot "You are my prisoner" and pulled Reid out of the wreckage and rendered first aid.

Immelmann became one of the first German fighter pilots, quickly building an impressive score of air victories. During September, three more victories followed, and then in October he became solely responsible for the air defense of the city of Lille. Immelmann became known as The Eagle of Lille (Der Adler von Lille).

Immelmann flirted with the position of Germany's leading ace, trading that spot off with Oswald Boelcke, another pioneer ace. Having come second to Boelcke for his sixth victory, he was second to be awarded the Royal House Order of Hohenzollern for this feat. On 15 December, Immelmann shot down his seventh British plane and moved into an unchallenged lead in the competition to be Germany's leading ace.

Immelmann was the first pilot to be awarded the Pour le Mérite, Germany's highest military honour, receiving it on the day of his eighth win, 12 January 1916. The medal became unofficially known as the "Blue Max" in the German Air Service in honor of Immelmann. His medal was presented by Kaiser Wilhelm II on 12 January 1916. Oswald Boelcke received his medal at the same time.

Boelcke scored again two days later. Immelmann would chase him in the ace race for the next four months, drawing even on 13 March at 11 each, losing the lead on the 19th, regaining it on Easter Sunday (23 April) 14 to 13, losing it again forever on 1 May. It was about this time, on 25 April, that Immelmann received a salutary lesson in the improvement of British aircraft. As the German ace described his attack on two Airco DH.2s, "The two worked splendidly together ... and put 11 shots into my machine. The petrol tank, the struts on the fuselage, the undercarriage and the propeller were hit ... It was not a nice business."

On 31 May, Immelmann, Max von Mulzer, and another German pilot attacked a formation of seven British aircraft. Immelmann was flying a two-gun Fokker E.IV, and when he opened fire, the synchronizing gear malfunctioned. A stream of bullets cut off the tip of a propeller blade. The thrashing of the unbalanced air screw nearly shook the aircraft's Oberursel engine loose from its mounts before he could cut the ignition and glide to a dead-stick landing.

In the late afternoon of 18 June 1916, Immelmann led a flight of four Fokker E.III Eindeckers in search of a flight of eight F.E.2b reconnaissance aircraft of 25 Squadron Royal Flying Corps over Sallaumines in northern France. The British flight had just crossed the lines near Arras, with the intent of photographing the German infantry and artillery positions within the area, when Immelmann's flight intercepted them. After a long-running fight, scattering the participants over an area of some 30 square miles, Immelmann brought down one of the enemy aircraft, wounding both the pilot and observer. This was his 16th victory claim, though it was to go unconfirmed.

At 21:45 that same evening, Immelmann in Fokker E.III, serial 246/16 encountered No. 25 Squadron again, this time near the village of Lens. Immediately, he got off a burst which hit RFC Lt. J.R.B. Savage, pilot of FE.2b pusher serial 4909, mortally wounding him. This was his 17th victory claim, though Max Mulzer was later credited with the victory. The crew of the second aircraft he closed on was piloted by Second Lieutenant G.R. McCubbin with Corporal J. H. Waller as gunner/observer, and was credited by the British with shooting Immelmann down. On the German side, many had seen Immelmann as invincible and could not conceive the notion that he had fallen to enemy fire. Meanwhile, British authorities awarded McCubbin the Distinguished Service Order and the Distinguished Service Medal and sergeant's stripes for Waller.

The German Air Service at the time claimed the loss was due to (friendly) anti-aircraft fire. Others, including Immelmann's brother, believed his aircraft's gun synchronisation (designed to enable his machine gun to fire between the whirling propeller blades without damaging them) had malfunctioned with catastrophic results. This is not unreasonable, as early versions of such gears frequently malfunctioned in this way. Indeed, this had already happened to Immelmann twice before, while testing two- and three-machine gun installations, although on each occasion, he had been able to land safely. McCubbin, in a 1935 interview, claimed that immediately after Immelmann shot down McCubbin's squadron mate, the German ace began an Immelmann turn, McCubbin and Waller swooped down from a greater altitude and opened fire, and the pioneer German ace fell out of the sky. Waller also pointed out later that the British bullets could have hit Immelmann's propeller.

Damage to the propeller resulting in the loss of one blade could have been the primary cause of the structural failure evident in accounts of the crash of his aircraft. The resultant vibration of an engine at full throttle spinning half a propeller could have shaken the fragile craft to pieces. At 2,000 meters, the tail was seen to break away from the rest of Immelmann's Fokker, the wings detached or folded, and what remained of the fuselage fell straight down, carrying the 25-year-old Oberleutnant to his death. His body was recovered by the German 6 Armee from the twisted wreckage, lying smashed and lifeless over what was left of the surprisingly intact Oberursel engine (sometimes cited as under it), but was only identified because he had his initials embroidered on his handkerchief.

Immelmann was given a state funeral and buried in his home of Dresden. His body was later exhumed, however, and cremated in the Dresden-Tolkewitz Crematorium. Immelmann, along with Max Ritter von Mulzer, scored all of his victories flying only different types of Eindeckers, becoming one of the most successful pilots in the type.

The present-day Luftwaffe has dubbed Squadron AG-51 the "Immelmann Squadron" in his honour.

Immelmann will forever be associated with the Fokker Eindecker, Germany's first fighter aircraft, and the first such aircraft to be armed with a machine gun synchronised to fire forward, through the propeller arc. Immelmann, along with Oswald Boelcke and other pilots, was one of the main exponents of the Fokker Eindecker, resulting in the Fokker Scourge which inflicted heavy losses upon British and French aircrews during 1915.

Initially, Immelmann shared the same E.3/15 machine with Oswald Boelcke, but late in the summer of 1915 would receive his own machine, bearing the IdFlieg serial number E.13/15 on its fuselage. Both the E.3/15 machine earlier shared with Boelcke, and his own E.13/15 aircraft, both used to secure Immelmann's first five victories between them each had a seven-cylinder 80 horsepower Oberursel U.0 rotary engine for their power. According to Immelmann, the later E.13/15 aircraft was retired and shipped off to Berlin for display at the Zeughaus Museum, in March 1916., but was wrecked in the first bombing raids of the Royal Air Force in 1940, during World War II.

This refers to two quite different aerobatic maneuvers. The first of these is the one now known as an "Immelmann" (also frequently spelled "Immelman", in literature and media).