Jerome Max Keli'i Holloway (born December 4, 1991) is an American mixed martial artist competing in the Featherweight division of the Ultimate Fighting Championship (UFC) where he is a former UFC Featherweight Champion. As of June 30, 2020, he is #10 in the UFC men's pound-for-pound rankings and #1 in the UFC featherweight rankings.

Holloway is of Native Hawaiian and Samoan ancestry. He graduated from Waianae High School in 2010, where he began to learn kickboxing. Max currently trains out of Gracie Technics Honolulu and Legacy Muay Thai. He also gets his strength training out of Tactical Strength and Conditioning under Coach Darin Yap.

At the age of 19, Holloway had amassed a record of 4-0. He gained recognition as the #7 featherweight prospect of 2012 in Bloody Elbow's 2012 World MMA Scouting Report and has even been compared to former UFC and former WEC lightweight champion Anthony Pettis, due to his ability to incorporate a wide array of flying and spinning kicks, knees and elbows into his striking game.

His early career was highlighted by a split decision win over former Strikeforce and WEC veteran Harris Sarimento on March 12, 2011, earning himself the lightweight strap for the Hawaii-based X-1 promotion.

Holloway was the youngest fighter on the UFC roster when he made his promotional debut as an injury replacement for Ricardo Lamas at UFC 143 on February 4, 2012, against Dustin Poirier. He lost the fight via submission (mounted triangle armbar) in the first round.

In his second fight, Holloway faced Pat Schilling on June 1, 2012, at The Ultimate Fighter 15 Finale. After a dominant performance where he almost finished Schilling several times, Holloway won via unanimous decision (30-27, 30-27, 30-27).

Holloway defeated Justin Lawrence, on August 11, 2012, at UFC 150. Holloway won the fight via TKO in the second round after dropping Lawrence with a punch to the body and finishing with a flurry of more punches.

Holloway faced Dennis Bermudez on May 25, 2013, at UFC 160. He lost the fight controversially via split decision. 11 out of 11 media members scored the fight in favor of Holloway.

Holloway faced promotional newcomer Will Chope on January 4, 2014, at UFC Fight Night 34. Holloway swarmed on his opponent and won the fight via TKO in the second round. The win also earned Holloway his first Knockout of the Night bonus.

Holloway faced Andre Fili on April 26, 2014, at UFC 172. He won the back-and-forth fight after wobbling Fili and submitting him in the third round.

Holloway was expected to face Mirsad Bektić on August 23, 2014, at UFC Fight Night 49, replacing an injured Ernest Chavez. In turn, Bektic pulled out of the bout in the week leading up to the event and was replaced by promotional newcomer Clay Collard. Holloway outstruck his opponent and won the fight via TKO in the third round.

Holloway once again served as a replacement and faced Akira Corassani on October 4, 2014, at UFC Fight Night 53, filling in for Chan Sung Jung. He won the fight via knockout in the first round. The win also earned Holloway his first Performance of the Night bonus award.

Holloway faced Cub Swanson on April 18, 2015, at UFC on Fox 15. After out-striking Swanson through the first two rounds, Holloway finished the fight with a mounted guillotine in the third round. The win also earned Holloway his second Performance of the Night bonus award.

Holloway faced Charles Oliveira on August 23, 2015, at UFC Fight Night 74. He won the fight via TKO in the first round after Oliveira suffered an apparent neck/shoulder injury while defending a takedown and was unable to continue. The injury was later described as a micro-tear in his esophagus, although the UFC later released a statement clarifying that Oliveira had no major injuries. With the win, Holloway became the youngest fighter in UFC history to get 10 wins.

Holloway faced Ricardo Lamas on June 4, 2016, at UFC 199. He won the thrilling fight via unanimous decision.

Holloway faced Anthony Pettis for the interim UFC Featherweight Championship on December 10, 2016, at UFC 206. At the weigh-ins, Pettis came in at 148 lbs., three pounds over the featherweight limit of 145 lbs. for a championship fight. As a result, in the event that Pettis were to win the fight with Holloway, he would be ineligible for the UFC championship. Pettis was also fined 20% of his purse, which went to Holloway and the bout proceeded at a catchweight. Through a barrage of punches Holloway won the fight via TKO in the third round and was awarded a Performance of the Night bonus.

Holloway faced the featherweight champion José Aldo in a title unification bout on June 3, 2017, at UFC 212. After facing some early adversity, Holloway found his way into the fight and defeated Aldo via TKO in the third round. He earned his first Fight of the Night bonus award for the bout.

On October 4, 2017, Holloway revealed that he had signed a new multi-fight deal with UFC. Holloway was expected to face Frankie Edgar on December 2, 2017, at UFC 218; however, on November 8, 2017, Edgar was pulled from the card due to injury and was replaced by José Aldo. The fight played out similar to the first fight, with slight adjustments each athlete made. The fight was relatively close in the first half though Holloway was again able to turn up the pressure and gain the upper hand in the second half. Holloway won the fight via TKO in the third round and retained the UFC Featherweight belt.

The bout with Edgar was rescheduled and was expected to take place on March 3, 2018, at UFC 222. On February 3, 2018, it was announced that Holloway had to pull out of the fight with Edgar due to a leg injury.

On April 1, 2018, Holloway was announced as a late replacement for the injured Tony Ferguson in a fight for the vacant undisputed UFC Lightweight Championship at UFC 223 against Khabib Nurmagomedov to be held on April 7, 2018. If victorious, Holloway would be only the second fighter (behind Conor McGregor) in UFC history to hold titles in two different divisions simultaneously. Holloway, who had no fight scheduled and was not in a training camp, accepted the fight with only six days to prepare. On April 6, as he was due to weigh in, Holloway was pulled from the card by New York State Athletic Commission doctors due to the severity of his short notice weight cut. The bout continued with Al Iaquinta as a last minute replacement for Holloway.

Holloway was then scheduled to defend his UFC Featherweight Championship title on July 7, 2018, at UFC 226 against Brian Ortega. However, on July 4, Holloway was pulled from the fight due to "concussion like symptoms".

For his second title defense, Holloway faced Brian Ortega in the main event at UFC 231 in Toronto, Canada on December 8, 2018. Holloway started the fight off with an excellent lead. After some courageous resistance from Ortega, he poured an enormous amount of punches upon the challenger, ultimately winning the fight via TKO at the end of fourth round by doctor stoppage. This win earned him the Fight of the Night and Performance of the Night awards. Holloway broke the record for most significant strikes in one fight with 290, broke the record for landing 134 of those significant strikes in a round, and set the record for most victories in UFC featherweight history with fifteen.

Holloway faced Dustin Poirier in a rematch for the Interim UFC Lightweight Championship on April 13, 2019, at UFC 236. He lost the fight via unanimous decision. This fight earned him the Fight of the Night award.

A bout against Frankie Edgar was scheduled a third time and eventually took place on July 27, 2019 in the main event at UFC 240. Holloway won the fight via unanimous decision, successfully defending his Featherweight title for a third time.

In his fourth title defense, Holloway faced Alexander Volkanovski on December 14, 2019 at UFC 245. He lost the fight via unanimous decision.

Holloway was slated to rematch Volkanovski for the UFC Featherweight Championship on July 12 at UFC 251. Alexander Volkanovski vs. Max Holloway Rematch Targeted for UFC 251. In which Max lost in a controversial split decision. With two judges scoring the fight 48-47 in favor of Volkanovski and one judge scoring it 48-47 in favor of Max. After the fight UFC President Dana White said he believed Max had won the fight and that something had to be done about the “bad judging” in the sport.

Holloway has one son, Rush Holloway.

The contents of this page are sourced from Wikipedia article on 12 Jul 2020. The contents are available under the CC BY-SA 4.0 license.
View Max Holloway 's image gallery
Image Gallery 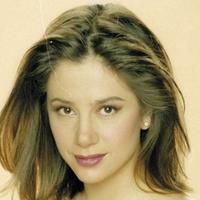