Max Bretos is an American sports reporter and sports announcer, who is currently the play-by-play announcer for Los Angeles FC and SportsCenter anchor for ESPN. Bretos' broadcast specialization is soccer.

Bretos worked for Fox Soccer Channel/Fox Sports World (1953-2009) where he was the voice of the first English language, 24-hour international sports channel. While at Fox he also worked for Sky Sports in the United Kingdom (2003-2006) as well as the WWE Company in 2007. His broadcasting catchphrase was "Schelotto, yeah!" In January 2010, he resigned from FSC to take a position with ESPNews.

On February 18, 2012, Bretos used the term "chink in the armor" in reference to New York Knicks point guard Jeremy Lin, an Asian, while on air as an ESPNews anchor. He was suspended for 30 days. "My wife is Asian, I would never intentionally say anything to disrespect her and that community," apologized Bretos on Twitter. Spero Dedes was another announcer who used that reference.

Bretos, whose parents are both Cuban exiles, has been at the forefront of advancing the Hispanic presence at ESPN. In Summer 2013, he interviewed Dodgers right fielder Yasiel Puig in both English and Spanish. In September 2013, he also co-hosted ESPN's Hispanic heritage special "One Nacion".

In February 2018, Bretos was announced as the new lead play-by-play broadcaster on YouTube TV for Los Angeles Football Club in Major League Soccer. He has continued his anchoring duties on SportsCenter, but now at ESPN's Los Angeles studios.

Starting in February 2017, Max has been co-hosting the Max and Herc podcast with Herculez Gomez. The podcast is a professionally produced cast on the topic of soccer, and is part of the ESPN family of podcasts. Max announced through a tweet that the successful podcast had come to an end in early 2019 to focus on his responsibilities with LAFC. 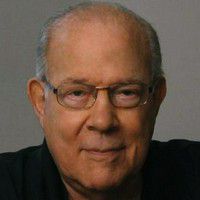