Mauro Casagrandi (born San Salvador, 1939) is an Italian businessman based in Havana, Cuba.

With a right-wing Italian diplomat as a father, he lived in Central America and other countries during his childhood. He moved to Cuba in 1961 shortly after the 1959 Cuban Revolution, intending to represent leading Italian companies including FIAT and Olivetti. A knight of the Sovereign Military Order of Malta, he became the Order's Ambassador to Cuba.

During his overseas travels, he was allegedly approached by the Central Intelligence Agency, who hoped to use him to gather insider information about Fidel Castro's Cuba. He accepted the offer in Spain in 1975, but intending instead to benefit the Cuban government, which he supported. He therefore became a double agent of the Cuban regime.

In 1987, he was honored by the Cuban government for managing to infiltrate the CIA. He receive the medal of the order of solidarity from President Fidel Castro and Vice President Raul Castro for his service.

In the 1990s however, he started becoming disillusioned with the Cuban ideology. Many observers believe that he was related to the leak of the classified documents related to the purge of the Centro de Estudios Sobre América.

The contents of this page are sourced from Wikipedia article on 04 Jun 2020. The contents are available under the CC BY-SA 4.0 license.
comments so far.
Comments
From our partners
Sponsored
Reference sources
References
https://www.nytimes.com/1988/04/07/world/knights-of-malta-and-us-picking-new-chief.html
//www.worldcat.org/issn/0362-4331
https://web.archive.org/web/20070929223259/http://www.cubavsterrorismo.cu/interface.sp/uploads/libros/libro01.pdf
http://www.cubavsterrorismo.cu/interface.sp/uploads/libros/libro01.pdf
https://books.google.co.il/books?id=kYsyA93L56MC&pg=PA16&lpg=PA16&dq=Mauro+Casagrandi&source=bl&ots=Uh1uW026Rp&sig=ACfU3U1x20k2-H4XqBcdaC3jN1M4ALwcPQ&hl=en&sa=X&ved=2ahUKEwje8KTI16_mAhVEQkEAHVd8CoMQ6AEwDnoECAoQAQ#v=onepage&q=Mauro%20Casagrandi&f=false
https://ricerca.repubblica.it/repubblica/archivio/repubblica/1987/09/16/premiato-da-castro-italiano-infiltrato-nella-cia.html
//edwardbetts.com/find_link?q=Mauro_Casagrandi
Trending today in 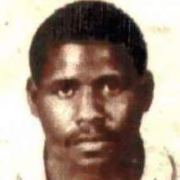