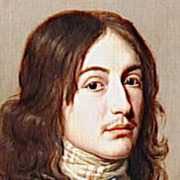 Maurice of the Palatinate

Count Palatine of the Rhine, Royalist of the English Civil War

Maurice of the Palatinate
The basics

Maurice, Prince Palatine of the Rhine KG (16 January 1621 ns, in Küstrin Castle, Brandenburg – September 1652, near the Virgin Islands), was the fourth son of Frederick V, Elector Palatine and Princess Elizabeth, only daughter of King James VI and I and Anne of Denmark.

He accompanied his elder brother, Prince Rupert of the Rhine, to take the part of their uncle Charles I in the English Civil War in 1642. He served under Rupert with the cavalry at the Battle of Powick Bridge, where he was wounded, and the Battle of Edgehill. He commanded the army in Gloucestershire which engaged Sir William Waller in several battles in 1643, including the victory of Ripple Field (13 April), culminating in the Royalist victory at the Battle of Roundway Down (13 July). He took command of the army in Cornwall and campaigned in the southwest for the remainder of the year.

In April 1644, he besieged Lyme Regis, but was forced to give up the siege in June, at considerable cost to his military reputation. He fought as a subordinate at the Battle of Lostwithiel and the Second Battle of Newbury, and under Rupert at the Battle of Naseby.

He attempted to defend Rupert's surrender of Bristol in 1645 to Charles. While unsuccessful, he did not share in Rupert's disgrace. Banished with Rupert in October 1646, he served with the French army in Flanders, but rejoined Rupert in 1648 as vice-admiral of his fleet. He was created a Knight of the Garter in exile in 1649. In 1652, while sailing for the West Indies, specifically near the Virgin Islands, he was caught in a hurricane and went down with his flagship, HMS Defiance.

He is a minor character in Lawrence Norfolk's historical novel John Saturnall's Feast, published on September 13, 2012 by Bloomsbury Publishing.

The contents of this page are sourced from Wikipedia article on 08 Mar 2020. The contents are available under the CC BY-SA 4.0 license.
View Maurice of the Palatinate 's image gallery
Image Gallery