Maurice Benard (born on March 1, 1963) is an American actor. In 1993, he was cast as Sonny Corinthos on the ABC soap opera, General Hospital.

Benard was born Mauricio Jose Morales in Martinez, California, the son of Martha, a bank employee, and Humberto Morales, a bakery superintendent. He grew up in San Francisco, California, and is of Salvadorian and Nicaraguan ethnicity. He started his acting career as Nico on the soap opera All My Children, from 1987 to 1990. He then went on to start a career on General Hospital, a daytime soap opera on ABC. His role on the show was the fictionalized Sonny Corinthos, a manic depressive mobster King pin. His first air date on GH was August 13, 1993. In addition to guest spots on several television series during the early 1990s, Benard appeared in television movies including the CBS television movie Lucy & Desi: Before the Laughter (1991), in which he portrayed Desi Arnaz. He also starred in the independent film entitled The Ghost and the Whale, executive produced by his wife Paula.

Benard married Paula Smith on August 11, 1990. They have four children: three daughters and one son. He and his wife adopted his wife's sister's daughter, after her mother's death.His cousin, Marvin Benard, played professional baseball.

Benard was diagnosed with bipolar disorder at age 22. He has since become a spokesperson for treatment of the disorder with Mental Health America. He made the decision to have the writers make his character, Sonny Corinthos, also have the disorder. Many of the struggles he faces on the show due to the disorder are ones he faced in his own life. Much praise has been given to the show for the realistic depiction.

The contents of this page are sourced from Wikipedia article on 28 Aug 2019. The contents are available under the CC BY-SA 4.0 license.
comments so far.
Comments
Trending today in 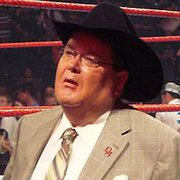