Matthijs van Nieuwkerk was born in Amsterdam, the capital of the Netherlands.

In 1980, he started his study Dutch language at the University of Amsterdam, which he never finished.

With his childhood friend Mark van den Heuvel, Van Nieuwkerk started his career in journalism interviewing sportsmen and sportswomen for the Dutch newspaper Het Parool. Interviewees included chess grandmasters Kasparov and Karpov, and footballer Johnny Rep. Soon after, he also started interviewing writers, and he was responsible for renewing the literary section of the newspaper. In 1988, he became an editor for the arts section. In 1996, he was promoted to editor-in-chief of Het Parool.

In 2001, he became the editor-in-chief of AT5, the local television channel of Amsterdam. However, in 2002, he transferred to national television when he became the net coordinator of the Dutch public channel Nederland 3. Out of frustration with the inner workings of the Dutch public broadcasting system (which stood in the way of the changes he envisioned), Van Nieuwkerk quit his job. After six months, he started working in front of the cameras. Ahead of the 2003 elections, he presented the political programme Nederland Kiest with Felix Rottenberg. The duo started presenting Nova, a Dutch programme about politics, but they both quit after a conflict with the editorial staff.

In 2005, Van Nieuwkerk started his daily talk show De Wereld Draait Door (literal translation: The World Keeps on Turning; "draait door" is also figurative speech for "goes crazy"), a popular show that airs on weekdays. The programme received the 2007 Gouden Televizierring (the Dutch equivalent of the Emmy Awards) for best TV programme. Another successful programme of his is Holland Sport, a Monday night programme in which he and co-presenter Wilfried de Jong discuss sports. Leo Blokhuis (a music expert) and Van Nieuwkerk created and still present the annual Popquiz and Top 2000 à Go-Go.

Van Nieuwkerk was nominated for the Zilveren Televizier-ster for best show host in 2006 and 2007, but didn't win on either occasion.

Van Nieuwkerk established the football magazine 'Hard Gras' with Henk Spaan and wrote several books for it. He likes football and he plays the 'Buitenveldert' team along with Frits Barend. Van Nieuwkerk also played judo, volleyball, baseball, and cricket.

Youth magazine J/M had Van Nieuwkerk as a writer of columns, and he helped write a book about fathers. In the Baantjer episode "De moord op de man die weg wilde", he played a journalist.

Van Nieuwkerk is married to Karin. They have a son, Kees (named after "Kees de jongen", a popular Dutch book), and a daughter, Jet. He and his family live in Amsterdam, and he also owns a house in the Achterhoek region (in the east of the Netherlands).

Below are some of the programmes Van Nieuwkerk currently presents or has presented in the past: 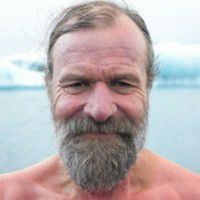