Matthew Whelan (born 1 February 1988) is an Irish hurler who plays as a centre-back for the Laois senior team.

At club level Whelan is a one-time intermediate championship medallist with Borris-in-Ossory.

The contents of this page are sourced from Wikipedia article on 04 Jul 2020. The contents are available under the CC BY-SA 4.0 license.
comments so far.
Comments
Reference sources
References
https://web.archive.org/web/20171123150021/http://laoisgaa.ie/playerProfile/1189/matthew_whelan
http://www.laoisgaa.ie/playerProfile/1189/matthew_whelan
Trending today in 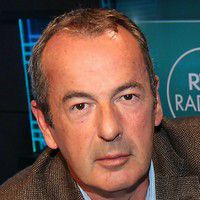