Matthew Stadlen (born 7 December 1979) is an English radio and television presenter, producer and writer. He has presented weekend early mornings on LBC since the start of October, 2016. He previously presented the BBC interview series Five Minutes With..., putting questions to the likes of Elle Macpherson, Stephen Fry, Richard Dawkins, Martin Amis, Peter Hitchens, Serena Williams and Ricky Gervais and the BBC documentary series "On The Road With..." His interviews and documentaries have appeared on the BBC News Channel, BBC One, BBC Two and BBC Four. He also wrote comment pieces and had an interview column with The Telegraph - "The Matthew Stadlen Interview" - for which he interviewed famous figures including John Cleese, Sir David Attenborough and Dawn French.

He is the grandson of concert pianist Peter Stadlen and Hedi Stadlen, the activist and musicologist. Matthew was born to Sir Nicholas Stadlen, a High Court judge (who holds the record for the longest speech in English legal history at 119 days) and Frances Stadlen in London. He went to St Paul's School. He graduated from Clare College, Cambridge, with a first-class honours degree in Classics.

He worked as a journalist on The Bulletin in Brussels and co-wrote The Politics Companion (2004), before joining the BBC in September 2004. Stadlen worked as a producer on the BBC One show This Week and output edited some of the programmes, and also worked on Newsnight. Stadlen presented and produced Five Minutes With... from 2008, interviewing over 220 public figures, including Sir Ben Kingsley, Nigella Lawson, Gary Lineker, Dawn French, Philip Pullman, Juliette Binoche, Ian McEwan and Tim Vine. He made 29 documentaries for the BBC News Channel series On The Road With.... Subjects included Nigel Kennedy, Tracey Emin, Nicola Benedetti, Rabbi Dr Harvey Belovski, Stuart Broad, Eton Head Master Tony Little, Bryn Terfel and Elle Macpherson.

Stadlen has interviewed for The Spectator and extensively for the Radio Times and has worked as a consultant on the ITV political programme, Peston on Sunday. 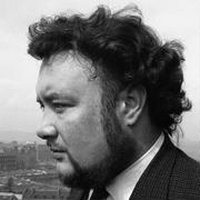