Matthew Christopher Miller (born June 29, 1982), known professionally as Matthew Mercer, is an American voice actor, best known for his work in anime, cartoons, and video games. In anime, he voices Levi Ackerman in Attack on Titan, Kiritsugu Emiya in Fate/Zero, Jotaro Kujo in Jojo's Bizarre Adventure, Kanji Tatsumi during the second half of Persona 4: The Animation, Trafalgar Law from the Funimation re-dub of One Piece and Hit from Dragon Ball Super. In video games, he voices Leon S. Kennedy in Resident Evil, Chrom in Fire Emblem, Jack Cooper in Titanfall 2, McCree in Overwatch, Yusuke Kitagawa in Persona 5, MacCready in Fallout 4, Midas and Syd in Fortnite, and Edér Teylecg in Pillars of Eternity. In addition to voice-over, he also developed the Dungeons & Dragons web series Critical Role, in which he is the Dungeon Master.

Mercer began his career in high school doing English walla and additional characters in several Japanese anime and has since worked with a variety of media, including cartoons, video games and radio commercials. He has been a guest at conventions around the world, hosting at events such as Anime Expo and Anime Matsuri. His work has expanded to a multitude of roles in cartoons, video games and radio commercials. He directed and produced the web series There Will Be Brawl, based on the Super Smash Bros. video game series, where he provided the voices for Kirby and Meta Knight and portrayed the role of Ganondorf. Mercer also produced the web series Fear News with the Last Girl and acts in several shows from Geek & Sundry and Nerdist.

Mercer is the Dungeon Master in the web series Critical Role, which was previously associated with Geek & Sundry, where he leads several other voice actors through a Dungeons & Dragons campaign. Mercer's work as Dungeon Master has led to the development of two campaign books being published in his world of Exandria. The first is the Critical Role: Tal'Dorei Campaign Setting published through Green Ronin Publishing. The second is the Explorer's Guide to Wildemount published through Wizards of the Coast, thus making Exandria an official Dungeons and Dragons campaign setting.

In 2016, Mercer served as the Dungeon Master for Force Grey: Giant Hunters, which ran for 2 seasons.

In 2017, Mercer was the Dungeon Master for the Nerdist show CelebriD&D, which puts D&D-playing celebrities into a small, mini-campaign where they are paired with role-players. 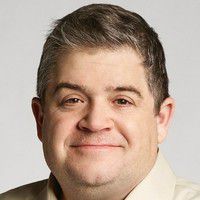