Matthew Lorenzo, the British television presenter and film producer, is the son of the late former BBC sports commentator and journalist Peter Lorenzo, who at one time or another has worked for Sky, BBC, ITV, Channel Four and GMTV.

Lorenzo was the first sports presenter to appear on Sky TV when it launched in 1989, after a career in newspapers, BBC TV and BBC Radio. He then moved to ITV to present sport on London Tonight before launching ITV Sport's Champions League coverage in 1993. He became the youngest-ever anchor (35) of a networked World Cup in 1994. Later that year he signed with GMTV to host the Newshour daily for three years before returning to Sky Sports,. Since then he has hosted football and cricket games, worked with Bernie Ecclestone as anchor of Sky's F1 Digital + service and hosted the Sky Sports News breakfast show. He later launched the Times and Sunday Times' online football service.

Lorenzo was appointed "Head of Communications" at Notts County Football Club during the fated ownership by Munto Finance that saw Sven-Göran Eriksson work for the club.

He continues to produce ad-funded shows for various channels and has developed a number of optioned formats.

He hosted the Soccerex Business of Football Conference - the largest in the world - since its inception in 1996. He has anchored the UEFA Champions League Draw and has also worked for the Football Association, the League Managers Association, the Professional Footballers' Association and most of the current roster of Premier League clubs.

From 2013 to 2016 he produced the cinema feature "Bobby," which examines the life story of footballer Bobby Moore. It was the first film to be premiered on the pitch at Wembley Stadium - In May 2016 - as part of the celebrations surrounding the 50th anniversary of England's only World Cup win. "Bobby" received universally good reviews - "A must see film" - Evening Standard; "Moving and Revealing" - The Times; "Excellent, a fitting tribute to a sporting hero," - Talksport; and the film received a rare 100 per cent rating from the movie review site Rotten Tomatoes.

He is also a long time member of the London Scottish Golf Club in Wimbledon, where he plays fairly regularly with his two sons, James and Joseph, who are junior members at the club. 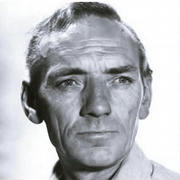