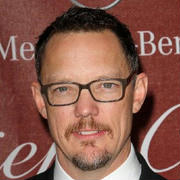 Matthew Lyn Lillard (born January 24, 1970) is an American actor, voice actor, director, and producer. He is known for portraying Chip in Serial Mom (1994), Emmanuel "Cereal Killer" Goldstein in Hackers (1995), Stu Macher in Scream (1996), Stevo in SLC Punk! (1998), Billy Brubaker in Summer Catch (2001), Jerry Conlaine in Without a Paddle (2004), Joey in Home Run Showdown (2012), Jack Rusoe in Return to Nim's Island (2013) and Shaggy Rogers in both Scooby-Doo (2002) and Scooby-Doo 2: Monsters Unleashed (2004). In animation, he has been the current voice of Shaggy since veteran actor Casey Kasem retired from the role. Lillard also stars as Dean Boland in the ongoing television series Good Girls.

While much of his work is comedic in nature, Lillard has given dramatic performances in The Descendants (2011), Trouble with the Curve (2012) and Match (2014). He made his directorial debut with the coming-of-age drama Fat Kid Rules the World (2012).

Lillard was born in Lansing, Michigan, the son of Paula and Jeffrey Lillard, and grew up in Tustin, California. He has a younger sister, Amy, and attended Foothill High School in Santa Ana, California. He later attended the American Academy of Dramatic Arts in Pasadena, California, with fellow actor Paul Rudd. He also attended Circle in the Square in New York City. Lillard at the 2017 San Diego Comic-Con

After high school, Lillard was co-host of a short-lived TV show titled SK8-TV, and afterwards was hired as an extra in Ghoulies 3: Ghoulies Go to College (1991). In 1994, he was cast in the John Waters black comedy Serial Mom. The following year he was cast in five films, including Hackers, which featured a group of high school kids who thwart a multimillion-dollar corporate extortion conspiracy. In 1996, he was cast as Stu Macher in the horror film Scream. He also played Stevo in the independent film SLC Punk!, and supporting character Dennis Rafkin in Thirteen Ghosts.

Lillard was cast as Shaggy Rogers in the 2002 live-action Scooby-Doo film, a role he later reprised in the 2004 sequel Scooby-Doo 2: Monsters Unleashed. When Casey Kasem, who had voiced the character from the show's debut in 1969, retired due to declining health in 2009, Lillard was chosen as his replacement and voiced Shaggy in the two subsequent animated series, Mystery Incorporated and Be Cool Scooby-Doo!, as well as every direct-to-video film since 2010's Scooby-Doo! Abracadabra-Doo. In 2011, Lillard guest starred on the Fox series House. In 2011, he produced and directed his first feature film, Fat Kid Rules the World, based on the K. L. Going book of the same name. Later that year, he appeared in the comedy-drama film The Descendants. Lillard also reprised the voice role of Shaggy in the crossover episode in the television series Supernatural in 2018.

In 2012, Lillard guest starred in the Criminal Minds episode "The Apprenticeship". The following year, he played the role of Daniel Frye on the American TV series The Bridge. In 2014, Lillard starred as Peter in the animated film Under Wraps, alongside Brooke Shields and Drake Bell.

In 2017, Lillard was featured in Twin Peaks in the pivotal role of William Hastings.

On August 12, 2000, Lillard married Heather Helm, with whom he has three children. They live in Los Angeles.

In October 2005, he participated in a Dungeons & Dragons tournament, against members of the Quest Club Gaming Organization, at the Magic Castle in Hollywood, California. 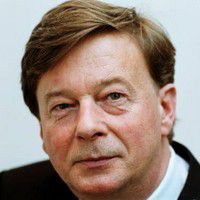