Matthew Gray Gubler (/ˈɡuːblər/; born March 9, 1980) is an American actor, filmmaker, fashion model, painter, illustrator, director, and author. He is best known for his role as criminal profiler Dr. Spencer Reid in the CBS television show Criminal Minds, of which he has also directed eleven episodes. Gubler has appeared in The Life Aquatic with Steve Zissou, (500) Days of Summer, Life After Beth, Suburban Gothic, Newness, and as the voice of Simon in Alvin and the Chipmunks and its three sequels.

Gubler was born on March 9, 1980, in Las Vegas, Nevada, the son of Marilyn (née Kelch), a rancher and political consultant, and John Gubler, an attorney. Gubler is a high school graduate of the Las Vegas Academy of International Studies, Visual and Performing Arts, where he studied acting because the school did not offer his first choice, filmmaking. He is a graduate of New York University's Tisch School of the Arts, where he majored in film directing.

While at NYU film school, Gubler was discovered by a model scout and then worked as a model with DNA Model Management for Tommy Hilfiger, Marc Jacobs, and American Eagle, among others. He has been ranked 46th on models.com list of top 50 male models.

After he began modeling, Gubler had an internship with Wes Anderson, who encouraged him to audition for a part in his movie The Life Aquatic with Steve Zissou. Gubler did, and landed the role of Nico (a.k.a. Intern #1). This then led in 2005 to his leading role as Dr. Spencer Reid in Criminal Minds.

In 2014, Gubler acted in the zombie comedy Life After Beth and the film Suburban Gothic, for which he received the Screamfest Award for Best Actor. He also played Joe Harper in the 2015 movie Band of Robbers.

Gubler has done voice work for the DC Universe Animated Original Movies line. He played Jimmy Olsen in All-Star Superman and voices The Riddler in the animated film: Batman: Assault on Arkham (2014). Gubler has also since appeared in the films Band of Robbers (2015) and 68 Kill (2017).

While making The Life Aquatic with Steve Zissou, Gubler made a documentary titled Matthew Gray Gubler's Life Aquatic Intern Journal, a behind-the-scenes view of the making of the film, which was later included in The Criterion Collection DVD release. He has directed and starred in a series of self-deprecating mockumentaries named Matthew Gray Gubler: the Unauthorized Documentary in which he parodies Hollywood behavior, which are filmed while on the set of Criminal Minds. A follow-up Matthew Gray Gubler: The Authorized Documentary was also made, although only one episode is currently available.

Gubler directed, edited, and co-produced the music video for "Don't Shoot Me Santa" by the rock band The Killers.

Since 2005, Gubler has been posting paintings on his website. His media include watercolor, gouache, oil, and pastel. In September 2005, the Gallery of Fine Art in Ostrava, Czech Republic, held a showing of 12 watercolors by Gubler; all the works were sold. On September 6, 2008, his art was featured in a group show entitled "Paper Cuts" at The Little Bird art gallery in Atwater Village, California. Gubler contributed a painting of "Sandy The Mammoth" to the Western Heritage Museum & Lea County Cowboy Hall of Fame. In July 2010, his paintings were featured in Juxtapoz magazine.

In October 2011, an original watercolor by Gubler entitled "Mushface" was sold at auction site eBay for $10,100. Gubler donated the proceeds to the Smith Center for the Performing Arts in Las Vegas.

Gubler's paintings were highlighted in a 2013 interview with BuzzFeed.

Gubler wrote and illustrated his first book, Rumple Buttercup: A Story of Bananas, Belonging and Being Yourself, which was released on April 2, 2019. It is published as a children's book, but Gubler says it is for all ages, "for anyone who’s ever felt like they didn’t quite fit in, just to make them know that they’re not alone.... My hope in writing the book was to find a way to give the world a 136-page hug." He hand-wrote everything in the book - "every single word, every single illustration, including the bar code and the lengthy copyright page." Within weeks of its release the book was ranked #1 in its category on the New York Times Best Sellers List.

The story concerns a sensitive monster named Rumple Buttercup, who is so self-conscious about his appearance - green skin, five crooked teeth, and three strands of hair - that he fears he will be rejected by people, so he spends his life hiding in a sewer. He emerges only at night, wearing a banana peel on his head as a disguise. Eventually he discovers that people actually do accept him despite his differences. In promotional appearances, Gubler sometimes wears a 7-foot-tall Rumple costume or a banana peel on his head. He initially planned to self-publish the work, but decided that Random House would be a good fit for him at his first meeting: “The Random House publishers came to the meeting with banana peels on their heads, and I was immediately enchanted.”

In 2009, Gubler dislocated his knee while dancing. The injury required three surgical procedures and the use of a cane for nearly a year, which was written into the script of Criminal Minds.

On October 27, 2014, Gubler became a certified minister and officiated at the wedding of his Criminal Minds co-star Paget Brewster and Steve Damstra, on November 29, 2014.

The contents of this page are sourced from Wikipedia article on 03 Jul 2020. The contents are available under the CC BY-SA 4.0 license.
View Matthew Gray Gubler 's image gallery
Image Gallery 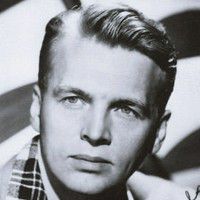