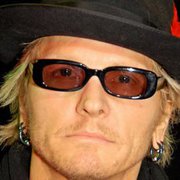 Matthew William Sorum (born November 19, 1960) is an American drummer and percussionist. He is best known as both a former member of the hard rock band Guns N' Roses, with whom he recorded three studio albums, and as a member of the supergroup Velvet Revolver. Sorum is currently a member of the touring project, Kings of Chaos, and is a former member of both the Cult and Y Kant Tori Read. Sorum was also a member of Guns N' Roses side-projects, Slash's Snakepit and Neurotic Outsiders, and has released two solo albums, Hollywood Zen (2004) and Stratosphere (2014). He has been the drummer for the supergroup Hollywood Vampires since 2015. His latest project is Deadland Ritual, featuring Black Sabbath bassist Geezer Butler, Billy Idol guitarist Steve Stevens, and Apocalyptica vocalist Franky Perez.

After performing on synthpop band Y Kant Tori Read's sole album, Sorum joined the Cult in 1989 to tour in support of their fourth studio album, Sonic Temple (1989). During the tour, Sorum was spotted by Guns N' Roses guitarist Slash and subsequently replaced their drummer Steven Adler in 1990. Remaining in the band for seven years, Sorum recorded the albums, Use Your Illusion I (1991), Use Your Illusion II (1991), and "The Spaghetti Incident?" (1993), before departing in 1997 following an argument with Axl Rose.

In 2012, Sorum was inducted into the Rock and Roll Hall of Fame as a member of Guns N' Roses.

Sorum was born Matthew William Sorum on November 19, 1960, in an unincorporated area of Orange County, California that later became the city of Mission Viejo. He started to play drums after watching Ringo Starr with The Beatles on The Ed Sullivan Show in 1964. Later he was mainly influenced by Ian Paice, Keith Moon, Neil Peart, Ginger Baker, John Bonham, Roger Taylor, Buddy Rich and Bill Ward.

In his first couple of years in high school, Sorum was part of the Mission Viejo Marching Bands drum section. Sorum started out in Mission Viejo as a local hot musician in 1975. Wearing trademark "Union Flag" shorts and nothing else, he used to pound a huge acrylic drumset and overpower his first band "Prophecy," which consisted of him and lead singer / guitarist Jeff Harris (guitarist for the J. Harris Band and later guitarist for funk band Slapbak), and bass player David Pagan. Prophecy played many gigs ranging from high schools to concerts, all the way to the Hollywood scene, where they played clubs like Gazzarri's in 1977. A local songwriter, Stephen Douglas, pulled Sorum from the band and joined him with other talented musicians, Scott Andrews on guitar and Jay Fullmer on bass, in the area to form Chateau, a wall-of-sound band with grandiose themes and sounds in their songs. They recorded their first tracks at Doug Moody's Mystic Studios in Hollywood, famous as the site where Led Zeppelin's 'Lemon Song' was recorded. Chateau played the Hollywood circuit, appearing at Gazzarri's and almost getting into a fight with the original members of the band Ratt, which at the time was known as Mickey Ratt.

Sorum's work with Chateau produced a four-song set that was covered by local radio stations for a short time, but the music scene changed from grandiose rock to punk and alternative new wave music. Sorum left and went to Hollywood to play with a series of bands, including Population Five, with bassist Prescott Niles from The Knack. He then left on a tour around the country with a blues guitarist, playing nightclubs and bars.

In 1988, he was recruited to play on the debut album of Y Kant Tori Read, a band fronted by a then unknown Tori Amos. In the wake of that project, he joined The Cult as their live drummer for the 1989/ 1990 tour in support of Sonic Temple.

In 1989, Slash saw Sorum live with The Cult on the Sonic Temple tour and, shortly after, Sorum joined Guns N' Roses as Steven Adler's replacement.

Sorum with Guns N' Roses can be heard on Use Your Illusion I, Use Your Illusion II (excluding the track "Civil War"), "The Spaghetti Incident?", the 1994 cover of The Rolling Stones track "Sympathy for the Devil" and the majority of Live Era: '87-'93. Sorum featured fully on the lengthy Use Your Illusion Tour, drumming on all of the 194 shows, 9 legs and to over 7 million fans.

In 1997, Sorum was fired from Guns N' Roses by Axl Rose after an argument with Rose over the inclusion of Paul Tobias in the band. In 1998, he released his first and only drum instructional video (Drum Licks and Tricks from the Rock n Roll Jungle) demonstrating his techniques. In 1999, Matt joined The Cult once again and featured on their album, Beyond Good And Evil, which he spent most of 2001 touring in support of.

In 1999, Sorum reunited with Slash and McKagan to promote a concert for the independent film Soundman (written and directed by Steven Ho) at the Slamdance Film Festival. Sorum had composed the film with Lanny Cordola and Michael Stearns. Realizing that they still had chemistry together, they formed a new band called Velvet Revolver with former Stone Temple Pilots frontman Scott Weiland and rhythm guitarist Dave Kushner. After the 2004 release of their debut album Contraband, they embarked on a worldwide tour that continued through December 2005. In August 2005, Sorum broke his wrist in a boating accident, stalling the tour temporarily. While recovering from the wrist injury the drummer Brian Tichy and Mark Schulman filled in for him. In 2005, the band was nominated for three Grammys, Rock Album of the Year, Rock Song, and Hard Rock Performance for their Contraband single Slither which won their first and only Grammy.

After taking some time off in 2006, Sorum and the rest of the band returned to the studio in December to record Libertad, Velvet Revolver's second album, which was released on July 3, 2007. Sorum toured with Velvet Revolver until singer Weiland parted ways with the band on April 1, 2008.

In 1994, Sorum was one of many guest drummers on the album, "Burning for Buddy: A Tribute to the Music of Buddy Rich". Playing with the Buddy Rich Big Band, Sorum was able to display his skill and finesse as a jazz drummer.

Sorum released his first solo album, Hollywood Zen, in 2003. Available through his website, it was a musical statement about his life, touring, relationships, etc. In the same year, Sorum began playing with the newly formed Camp Freddy.

Sorum has endorsed Zildjian cymbals, featured in numerous sweepstakes with Zildjian, and lent his talents to Submersible Music's DrumCore software.

In 2006, Sorum began guest recording in his studio with a new project, called Circus Diablo. That year, he launched a clothing line; SorumNoce.

On June 4, 2008, Sorum revealed Camp Freddy is working on an album.

Sorum was featured in episode 54 of TV's LA Ink originally airing on August 27, 2009. In it, Kat Von D. tattoos a portrait of his wife Ace on his leg.

Matt filled in on Motörhead's 2009 US tour, while drummer Mikkey Dee took part in Kändisdjungeln, a Swedish version of I'm a Celebrity...Get Me Out of Here!. "I can retire now," Sorum joked. "When they let me off in Kansas, I might open my own corn farm and just wear my Motörhead jacket. 'This is it, I'm done!' Axl calls and it's like, 'Aw, fuck that – I played with Motörhead!"

After performing together at the "Giving 2010" benefit event on May 3, 2010, Sorum formed the cover band "Carnival of Dogs" with Tracii Guns (L.A. Guns, formerly of Brides of Destruction), Franky Perez (Solo, Scars on Broadway, DKFXP) and Phil Soussan (previously played with Ozzy Osbourne, Billy Idol and Vince Neil).

He made an appearance in an episode of FSN Sport Science, when a test was undertaken to determine if a professional basketball point guard had faster hands than a drummer.

In 2014, he worked with Animals Asia and adopted a moon bear that had been on a Chinese bear-bile farm, when her bile was extracted for traditional medicine. He hoped to draw attention to the abuse that bears suffer on the farms in China and Vietnam. He has since become an ambassador for the cause.

Sorum is also an auxiliary member of the Cooper-fronted rock supergroup Hollywood Vampires, appearing on the band's eponymous 2015 debut studio album and playing drums at the band's high-profile Rock in Rio show on September 24, 2015, as well as preceding warm-up shows at The Roxy on September 16 and 17. Sorum played with the Hollywood Vampires during their February 2016 Grammy Award Performance.

In 2018, at an iconic conference and festival SXSW Matt Sorum, former Guns N' Roses drummer unveiled Artbit, a distributed-ledger platform that enables both artists and fans to share and monetise artistic talent from anywhere across the globe. Artbit addresses the issue of little monetary return for emerging artists in our digitally-led music industry. Upon launch Artbit users will be able to produce live shows and performances through the platform, linking locations to any of Artbit's virtual stages.

In a 2014 interview, Sorum stated that he became a vegetarian.

The contents of this page are sourced from Wikipedia article on 07 Mar 2020. The contents are available under the CC BY-SA 4.0 license.
View Matt Sorum 's image gallery
Image Gallery 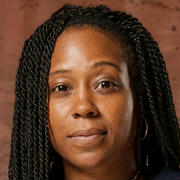 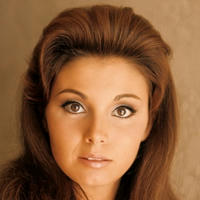