Matthew Alton Cartwright (born May 1, 1961) is an American politician and attorney who has served as the United States Representative for Pennsylvania's 8th congressional district since 2013. The district, numbered as the 17th district from 2013 through 2019, includes a large swath of northeastern Pennsylvania, anchored by Scranton, Wilkes-Barre, and the Poconos. A member of the Democratic Party, Cartwright defeated 10-term incumbent Blue Dog Tim Holden, the Dean of the Pennsylvania Congressional delegation, in the Democratic primary on April 24, 2012, by a 57%-43% margin. Cartwright went on to defeat Republican Laureen Cummings in the general election on November 6, 2012, by a 61%-39% margin. As an attorney, Cartwright previously worked at the law firm of Munley, Munley, and Cartwright.

Cartwright was born on May 1, 1961, in Erie, Pennsylvania, the son of Alton S. Cartwright and Adelaide Cartwright. Matt Cartwright attended Upper Canada College (Toronto), graduating in 1979, before going on to earn a magna cum laude Bachelor of Arts Degree in History from Hamilton College in 1983, where he graduated Phi Beta Kappa. Cartwright studied law at the University of Pennsylvania Law School. He served two years as an Editor of the University of Pennsylvania Law Review and received his Juris Doctor degree in 1986. In 1981, Cartwright attended the London School of Economics where he met his future wife, Marion Munley. After graduating from law school, both Munley and Cartwright joined the Munley family's law firm in the Scranton area.

For twenty-five years, Cartwright worked as an attorney and partner at Munley, Munley and Cartwright, a Scranton firm specializing in representation of consumers and small businesses in personal and business litigation. He was admitted to the Pennsylvania Bar in 1986 and in 2005 was further admitted to the Bar of New York. In 2008, Cartwright was inducted into the International Society of Barristers.

Cartwright served from 2009 to 2012 as a member of the Board of Governors of the American Association for Justice. Between 2005 and 2011, Cartwright was the on-air legal analyst for The Law & You. In the segment, aired nightly as part of NBC affiliate WBRE-TV's evening newscast, he fielded viewer questions on legal matters. In 2011, Cartwright co-authored the legal treatise Litigating Commercial and Business Tort Cases published by Thomson Reuters.

During the 1992 presidential election, Cartwright was an Elected Delegate for candidate Bill Clinton at the Democratic National Convention, representing Pennsylvania's 10th congressional district. In 2001–2002, he served as District Governor for Rotary International District 7410, covering northeastern Pennsylvania. On November 5, 2010, the Boy Scouts of America's Northeastern Pennsylvania Council presented Cartwright with its Silver Beaver Award for volunteer service to that organization.

On February 27, 2019, the Center for Effective Lawmaking named Matthew Cartwright among the top 4 most effective Democrats in the U.S. House for the 115th Congress. In the entire U.S. House, Cartwright was one of about a dozen members of both parties “who have been in the 'Exceeds Expectations' category for their entire congressional careers,” according to the CEL report.

Pennsylvania Republicans, who controlled the redistricting process after the 2010 United States Census, significantly altered Holden's 17th district. The old 17th had been based in Harrisburg, but the new 17th had been pushed well to the north and east. In the process, it absorbed heavily Democratic Scranton and Wilkes-Barre, previously in the 11th District. The remap significantly altered the 17th's demographics. The old 17th had been anchored in traditionally Republican territory in central Pennsylvania; in much of the district, Holden was the only elected Democrat above the county level. John McCain carried it with 51 percent of the vote. In contrast, the new 17th was anchored in northeastern Pennsylvania, which had long been the most Democratic region of the state outside of Philadelphia and Pittsburgh. Had the district existed in 2008, Barack Obama would have carried it with 56 percent of the vote.

It was widely believed that Holden, a member of the Blue Dog Coalition, would face a tough fight to secure re-election in the primary. Not only was the district significantly bluer than its predecessor, but it was located in territory that he did not know and did not know him. The only portion of the district that had been in the old 17th was Holden's home in Schuylkill County, with the majority of Democratic primary voters located in counties considered more favorable to Cartwright's candidacy. During the primary, Cartwright described himself as being from "the Democratic wing of the Democratic Party" — a line often employed by Howard Dean and Paul Wellstone. He was supported by MoveOn.org, the League of Conservation Voters, and the Campaign for Primary Accountability. Cartwright ran as a self-professed "FDR Democrat", and as an ally of President Obama on taxes and health care reform, and pledged to work with U.S. Senator Robert P. Casey, Jr., also of Scranton, on regulations for safety in fracking. Cartwright also benefited in the race from endorsements from popular local public figures like State Representative Phyllis Mundy and former Scranton mayor Jimmy Connors. Holden's opposition to the Patient Protection and Affordable Care Act and his support of energy legislation that included the Halliburton loophole are believed to have contributed to his defeat. On April 24, 2012, Cartwright defeated Holden by 57%-43% in the primary.

In the November general election, Cartwright faced Republican nurse Laureen Cummings, a leader of the Scranton Tea Party. On November 6, Cartwright defeated Cummings, 61%–39% to become the district's next congressman.

On January 4, 2013, Cartwright was selected by his peers to serve as a class president of the 49 new Democratic members of the 113th Congress. On March 28, 2014, Cartwright was named a "moderate Democratic leader" in the U.S. House by the independent legislative watchdog GovTrack.us.

In the 2016 general election, Donald Trump won the 17th district by over 10%. Facing an underfunded opponent, Cartwright did not run television advertisements. That year, Cartwright won re-election by only 7 points, representing his lowest margin of victory. As a result, the National Republican Congressional Committee began to see Cartwright as potentially vulnerable, and listed him as a top target. In response, the Democratic Congressional Campaign Committee included him on its "frontline" list. Despite this, the district was rated as Likely D, meaning it was expected that Cartwright would win re-election.

After the Supreme Court of Pennsylvania threw out Pennsylvania's previous congressional map, Cartwright's district was renumbered as the 8th District. It was pushed to the north and now covers the northeast corner of the state, but sweeps west to grab Scranton and Wilkes-Barre. In the process, it absorbed the remainder of Lackawanna County previously in the 10th District, as well as almost all of Luzerne County.

In the election, Cartwright faced a self-funding opponent who spent $1.7 million of his family's money in the race, in total outspending Cartwright by nearly $300,000, including direct expenditures of $625,778 by the NRCC.

Cartwright won his fourth term by 9.3% with 54.65% of the vote without financial assistance from the DCCC.

He is a member of the Congressional Progressive Caucus,the House Military Depot and Industrial Facilities Caucus the Sustainable Energy and Environment Coalition Caucus, the United States Congressional International Conservation Caucus, the Veterinary Medicine Caucus and the Climate Solutions Caucus.

Ed O'Keefe of the Washington Post wrote on November 3, 2013, that Cartwright was elected largely based on the Affordable Care Act "because the veteran moderate Democrat he challenged in a primary voted against it." According to O'Keefe, "Cartwright spent his first year in office preparing constituents for 'the ACA'."

Cartwright supports comprehensive immigration reform. He opposes amnesty, instead supporting a "tough but fair path to citizenship" for undocumented individuals. In July 2015, Cartwright voted against a bill that would have withdrawn funding from municipalities that declined to detain undocumented persons for the Immigration and Customs Enforcement service. In June 2017, however, Cartwright was one of three Democrats who joined the 228-195 majority voting to cut off some particular federal grants from cities not agreeing to detainers. He also voted for "Kate's Law," to increase criminal punishment for undocumented recidivist violent criminals. He co-sponsored legislation to protect the "Dreamers," people who entered the country illegally as children. When President Trump ordered a temporary limit on immigration from certain countries, Cartwright criticized the order.

In September 2018, Cartwright introduced a bill called the Coal Royalty Fairness and Communities Investment Act of 2018. The legislation would give $70 million to struggling historic coal communities for the purpose of building their local economies and promoting job opportunities. The bill would also ensure fair returns on publicly owned coal and increase the transparency of the federal coal program. Of the funding the bill would provide, $5 million would go toward funding the construction and operation of projects that would capture and store carbon dioxide emissions from industrial sources.

For this and other actions, Cartwright was named the Pennsylvania AMVETS federal Legislator of the Year, and presented its Silver Bayonet award.

Cartwright supports increasing the income tax on the highest incomes. He also believes the current tax system in place gives too many breaks to Americans in the highest tax brackets. He describes the middle class as being "under assault" and seeks to alter the tax system to allow the middle-class to carry less of a burden.

Cartwright has criticized the Trump tax cut, saying that it gave taxpayers little relief while adding huge sums to the national debt.

Cartwright has stated that promoting family-sustaining jobs is his "No. 1 message." He introduced H.R. 2296, the Job Creation through Energy Efficiency Manufacturing Act, and H.R. 5812, the Innovate America Act.

He supports stricter enforcement of prohibitions against gender-based discrimination in wages. He has described education as the only method of truly alleviating poverty.

To combat global warming, Cartwright supports implementing cap-and-trade emission standards for companies to encourage lowering emissions. Although he believes American energy production and American economic growth are linked, he does not believe environment-friendly methods should be ruled out. He supports investments in sustainable "green" energy productions with fewer emissions. He also supports further forest conservation and is committed to keep water sources clean through repealing legislation allowing companies to pollute water supplies.

On February 26, 2014, Cartwright introduced the Streamlining Energy Efficiency for Schools Act of 2014 (H.R. 4092; 113th Congress), a bill that would require the United States Department of Energy to establish a centralized clearinghouse to disseminate information on federal programs, incentives, and mechanisms for financing energy-efficient retrofits and upgrades at schools. Cartwright argued that "the bill is a strategic and cost-saving investment to relieve the fiscal pressure felt by schools across the country while bringing us closer to energy security." Cartwright's bill passed unanimously out of the Energy and Commerce Committee on April 30, 2014. It passed the full House of Representatives on June 23, 2014.

Cartwright is in favor of more gun safety laws. During his first month in office he co-sponsored four bills involving gun safety. He opposes gun-makers' legal immunity after a crime has occurred, and he opposes assault rifle sales.

He supports same-sex marriages and stated "there's no reason to discriminate against gay people." He does not believe religious leaders should be mandated to perform same-sex wedding ceremonies.The Human Rights Campaign scorecard has given Cartwright a 100% score for his tenure in Congress.

Cartwright describes himself as personally pro-life but has consistently voted to protect women's reproductive rights.

In October 2018, Cartwright co-authored a Washington Post article proposing a pilot program to examine the effectiveness of non-transferable financial incentives such as certain student loan forgiveness being given to increase organ donation.

Cartwright married Marion Munley in 1985. They live in Moosic, Pennsylvania with their two sons Jack and Matt. 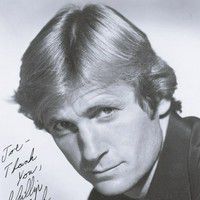