Born in Kapellen – located in the Antwerp province of Belgium – Van der Poel comes from a family of professional cyclists; his brother David is also prominent in cyclo-cross racing, winning the 2013 national under-23 championships in Hilvarenbeek. His father, Adri, was a six-time national champion and won the world title in 1996; he was also a two-time stage winner at the Tour de France and a winner of several Classics during his career. His maternal grandfather Raymond Poulidor, a French cyclist, was a Grand Tour winner at the 1964 Vuelta a España and finished the Tour de France in a runner-up position three times during his career.

Van der Poel made his debut in cyclo-cross during the 2009–10 season, competing in the debutant cadets category. He won several local races, and at the national championships in Heerlen, Van der Poel finished in second place, fifteen seconds behind the champion Erik Kramer. He moved into the novices ranks in 2010–11, and ultimately won most of the races that he contested; he also combined this with racing on the roads in the summer of 2011, and ultimately won the Dutch Novice Time Trial Championships in Zwartemeer. The following winter, Van der Poel advanced to the junior ranks, and was even more dominant than the previous season; out of all the races he contested, he failed to finish first on only one occasion, when he finished third to Wout van Aert and Quentin Jaurégui at Ruddervoorde. He also claimed the junior titles at national, European, and World Championship level, each one by a convincing margin. Van der Poel at the 2013 Krawatencross.

During the 2012 road season, Van der Poel achieved his first general classification victory at the Ronde des Vallées; he also won the young rider classification at the same race, and also won a similar classification at the Tour du Valromey when he finished in sixth place overall. Van der Poel was also a member of the Dutch World Championship squad, when he competed in the junior road race; he finished within the 56-rider main group, and finished as the best-placed Dutch rider, in ninth position. Picking up where he left off the previous winter, Van der Poel's 2012–13 cyclo-cross campaign was flawless; he contested thirty races, and won every single one of them. Having defended his European title in the United Kingdom, Van der Poel maintained his Dutch title in Hilvarenbeek on the same day that his brother David won the under-23 championships.

World champion in cyclo-cross and on the road (2013)

The following month from his Dutch title, Van der Poel became the first cyclist to defend his junior world title, by winning the race in Louisville, Kentucky, ahead of team-mate Martijn Budding. In the 2013 road season, Van der Poel contested several Nations' Cup Juniors events for the Dutch national team. At the Course de la Paix, Van der Poel won the opening stage in a six-rider select group; he held the race lead into the following day, where Mads Pedersen assumed the race lead for the remainder of the race in an individual time trial around Třebenice. Van der Poel ultimately finished the race in third place, behind Pedersen and Logan Owen. His next appearance came at the Grand Prix Général Patton, where he soloed – from 14 km (8.7 mi) remaining – to a six-second victory on the race's second and final stage in Wincrange, en route to finishing second place overall, five seconds adrift of race-winner Christoffer Lisson of Denmark. In the process, he also won the points and mountains sub-classifications.

Van der Poel bookended stage victories at the Ain'Ternational–Rhône Alpes–Valromey Tour; riding for Enerthem-BKCP, he won a five-rider sprint on the opener, and defeated France's Elie Gesbert in a head-to-head finish on the final stage, to take the overall race victory by almost half a minute from Gesbert. Prior to his next Nations Cup appearance, Van der Poel won the Dutch national junior road race championships in Chaam. At the Trophée Centre Morbihan, Van der Poel won the race overall, having defended the race lead from the start, after winning a head-to-head sprint against Belarus' Aliaksandr Riabushenko on the opening stage. In the lead up to the World Championships, Van der Poel dominated the Grand Prix Rüebliland event, as he won the opening three of the race's four stages. He won a three-rider sprint in Bettwil to win the opening stage, before a solo victory the following day in Leutwil, and a victory in a 9 km (5.6 mi) individual time trial in Hunzenschwil. Pedersen got the better of Van der Poel in a bunch sprint on the final stage, but Van der Poel had done enough to win the race overall by 46 seconds over Pedersen. This form made Van der Poel one of the favourites for the World Championships, where he would lead the Dutch squad. In addition to competing in the road race, Van der Poel contested the junior time trial race for the Netherlands, along with Sam Oomen. Van der Poel finished 50th out of the 84 riders to complete the course, over two minutes down on the eventual world champion Igor Decraene of Belgium. In the road race, Van der Poel attacked on the final lap, and bridged up to the race leader Franck Bonnamour of France; he later distanced him on the final climb of Via Salviati – around 5 km (3.1 mi) from the finish – and soloed away to win the gold medal, ahead of Pedersen and Albania's Nikaj Iltjan.

Van der Poel moved into the under-23 category ahead of the 2013–14 cyclo-cross season. In his first race in the class, Van der Poel won the GP Mario De Clercq – in the BPost Bank Trophy – at Ronse, defeating nearest rival Gianni Vermeersch by twelve seconds. After he finished third in his first World Cup race, Van der Poel won the second round of the season at Tábor in the Czech Republic, beating Vermeersch once again by three seconds. In the process, Van der Poel became the first rider since Niels Albert in 2004 to take an under-23 race victory as a first-year rider. He completed a clean sweep of victories in the major cyclo-cross competitions, by winning at Ruddervoorde in the Superprestige the following day, leading home his rivals by almost a minute. He won a silver medal at the European Cyclo-cross Championships in Mladá Boleslav in the Czech Republic, finishing 23 seconds behind winner Michael Vanthourenhout.

Van der Poel turned professional with the BKCP–Powerplus team at the start of the 2014 season, joining brother David at the squad, having signed a four-year contract. Prior to doing so, Van der Poel made his elite début in the Scheldecross Antwerpen, in December 2013; Van der Poel was competing alongside professionals as there was no under-23 race. He finished second in the race, five seconds behind his future team-mate Niels Albert, having dropped Philipp Walsleben and Rob Peeters in the closing stages. He again finished second to Albert ten days later in the Grand Prix De Ster Sint-Niklaas, losing out in a two-man sprint finish. He ended 2013 with his fourth Superprestige victory of the season at Diegem.

After finishing second to Wout van Aert in his opening race of 2014 at the Grand Prix Sven Nys, Van der Poel secured the overall Under-23 World Cup title with his fourth win of the season, at the Memorial Romano Scotti in Rome. He achieved his first professional victory at the Boels Classic Internationale in Heerlen, beating closest rivals Thijs van Amerongen and Rob Peeters. In his first senior road race, Van der Poel finished seventh in the Omloop der Kempen, which had finished in a sprint to the line in Veldhoven. 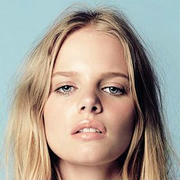 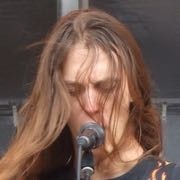 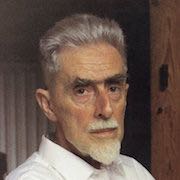 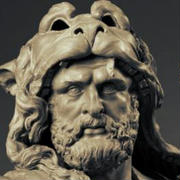