Matej Bor was the pen name of Vladimir Pavšič (14 April 1913 – 29 September 1993), who was a Slovene poet, translator, playwright, journalist and partisan.

Matej Bor was born as Vladimir Pavšič in the village of Grgar near Gorizia, in what was then the Austrian County of Gorizia and Gradisca and is today part of the Slovenian municipality of Nova Gorica. After the Italian annexation of the Julian March in 1920, the family moved to Celje, which was then part of the Kingdom of Serbs, Croats and Slovenes. After finishing his studies at the Celje High School, Vladimir enrolled at the University of Ljubljana, where he studied Slovene and Slavic philology. After graduation, he worked as a journalist and professor in Maribor.

When the Axis powers invaded Yugoslavia in April 1941, he escaped from Nazi-occupied Maribor to the Italian-occupied Province of Ljubljana. In the summer of the same year he joined the Communist-led partisan resistance, where he worked in the area of culture and propaganda. During the People's Liberation War he emerged as one of the major poets of the Slovene resistance. Several of his battle songs became hugely popular. One of them, Hey, Brigades, became the unofficial anthem of Slovene partisan forces during World War II. It was during this period that he started to use the pseudonym Matej Bor, which he continued to use also after the war.

In 1944, he moved to Belgrade which had just been liberated by the Yugoslav partisans. There he worked at the Slovene section of Radio Free Yugoslavia, led by Boris Ziherl. Among his colleagues in Belgrade were the authors Igo Gruden, Edvard Kocbek and Anton Ingolič. In 1945 he moved back to Ljubljana, where he dedicated himself to writing and translating. He received the highest recognition for cultural achievements in Slovenia, the Prešeren Award in 1947 and again in 1952. In 1965 he became a member of the Slovene Academy of Sciences and Arts. In the 1960s and 1970s he was the president of the Slovenian section of the International P.E.N..
During the period of Yugoslavia, he often used his influence to help dissidents or to sponsor causes challenging official policies. In the 1960s, he publicly criticized the imprisonment of the Serbian dissident writer Mihajlo Mihajlov. He was one of the founders of the environmentalist movements in Slovenia in the early 1970s. He also voiced his support for the heritage protection movement which fought against the demolishing of historic buildings in Ljubljana (such as the Kozler's Palace). In the late 1970s and early 1980s he led the platform for the rehabilitation of the victims of Stalinist show trials in Slovenia (the so-called Dachau trials of 1947). In 1984 he helped the writer Igor Torkar to publish a novel on his experiences in the Goli Otok concentration camp.

In the 1980s Bor researched and attempted to translate Venetic inscriptions by using Slovene and its dialects. Together with Jožko Šavli and Ivan Tomažič, he advocated the theory of the Venetic origins of Slovenes, claiming that the Slovenes are the descendants of a pre-Roman Slavic-speaking people called the Veneti. None of the three men were linguists, and the theory was soon rejected by scholars, but launched a long controversy in which Bor played a prominent role.

He died in Ljubljana.

Bor published a number of poetry collections. His first collection, called Previharimo viharje, was published during the anti-fascist resistance fight in 1942 by an underground publishing house. In 1959 he published the book Šel je popotnik skozi atomski vek (A Wanderer Went Through the Atom Age), an apocalyptic poetic reflection on the environmental disasters in the Atomic Age. The book was republished in several editions and was translated into the major European languages and contributed to Bor's popularity outside Yugoslavia.

Bor also wrote twelve plays and a number of literary works for children and youth. He was a regular contributor to publications for children and teenagers such as Ciciban, Pionir, Pionirski list, Najdihojca (a supplement of the journal Delo), Mali Rod (Klagenfurt) and The Voice of Youth (Chicago). He also wrote the screenplay for the film Vesna, which was released in 1954. He translated a number of works by Shakespeare into Slovene.

The contents of this page are sourced from Wikipedia article on 01 Apr 2020. The contents are available under the CC BY-SA 4.0 license.
View Matej Bor 's image gallery
Image Gallery 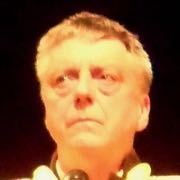