Massimiliano Pesenti (born 13 April 1987) is an Italian footballer who plays for AlbinoLeffe.

Born in Treviglio, the Province of Bergamo, Pesenti started his career at AlbinoLeffe. In January 2007 he left for Serie C2 side Prato. On 1 July 2007 he returned to the Province of Bergamo and awarded no.19 shirt of the first team. But loaned to Serie C2 side Canavese in August 2007. In 2008-09 season, at first he was call-up to AlbinoLeffe's pre-season camp, and awarded no.99 shirt, but left for Lega Pro Prima Divisione (ex-Serie C1) side Lumezzane in August 2008. and his loan was extended in July 2009.

In summer 2011 Pesenti was signed by Prato. In summer 2015 he finally left the club after a relegation to Serie D.

On 15 July he was signed by Reggiana. 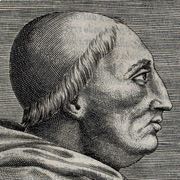