Mary Maples Dunn (born April 6, 1931) is an American historian. Born in Sturgeon Bay, Wisconsin, Dunn earned her Ph.D. at Bryn Mawr College, where she taught and served as Dean. She served as the eighth president of Smith College, for ten years beginning in 1985; in 2001 the college dedicated the Mary Maples Dunn Garden in recognition of her service and particularly her leadership on the college's Landscape Master Plan. Retired, Dunn became a Radcliffe Institute Fellow. According to Ann M. Little, Dunn has also been the Director of the Schlesinger Library, the first Dean of the Radcliffe Institute for Advanced Study, and co-Executive Officer of the American Philosophical Society. While Dunn's scholarship primarily concerned William Penn, Pennsylvania, and the history of English-speaking colonies in the middle-Atlantic portion of what is now the United States, she was not guilty of the limited visions of those who understand "colonial America" to refer only to the "original" thirteen English coast on the Atlantic Coast of North America. As a history professor at Bryn Mawr College, Dunn taught an innovative interdisciplinary course in Latin American Studies in the mid-1970s. This early foray into interdisciplinary Latin American studies incorporated history, culture, and architecture. The Mary Maples Dunn Prize, established in 2008, will honor "the best article in early American women’s history by an untenured scholar published in The William and Mary Quarterly that uses gender as a primary analytical category". 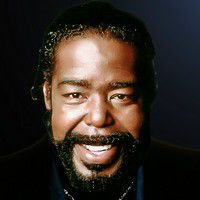