Mary Edna González (born October 30, 1983) is an American politician who serves as State Representative of House District 75 in the Texas House of Representatives. She is a Democrat who was elected in November 2012 to represent an area that includes east El Paso County, parts of the city of El Paso and the towns of Socorro, Clint, Fabens, Horizon City, San Elizario and Tornillo. She is also the first openly pansexual elected official in the United States.
Her primary platforms are to increase economic development, improve public schools, equality, and support agriculture in District 75.

González received her Bachelor's Degree in History and Mexican American Studies from the University of Texas at Austin (UT Austin) and her Master's Degree in Social Justice from St. Edward's University. Currently, she is pursuing her Doctoral degree in Curriculum and Instruction-Cultural Studies in Education at UT Austin.

Mary González has worked at the National Hispanic Institute, UT Austin, and was the Assistant Dean for Student Multicultural Affairs at Southwestern University. She has also worked as a visiting instructor at Southwestern University, and a Graduate Research Assistant at UT Austin where she developed curriculum for the UT Outreach Centers in San Antonio and the Rio Grande Valley. She also served as the Latino Outreach Coordinator for the Texas Democratic Party.

She also serves as National President for the Latina-based, service sorority Kappa Delta Chi, from 2013 to present. González is also Co-Chair of the Board of Directors for ALLGO, Texas' state-wide Queer People of Color organization.

González won the Democratic primary for House District 75 in May 2012. With no Republican opponent, she won in the general election unopposed. She is the first woman to represent her district.

In her first term during the 83rd legislative session, González served on the Public Education and Agriculture & Livestock and County Affairs Committees. She serves as Treasurer of the Texas Mexican American Legislative Caucus (MALC), the Women's Health Caucus, as well as the Farm to Table Caucus.

In May 2013, González was named "Freshman of the Year" by MALC, the country's oldest and largest Latino legislative caucus.

González was also named a "Champion of Equality" and 2015's "Advocate of the Year" by Equality Texas.

In 2015 González was the youngest inductee to the El Paso Women's Hall of Fame.

Recognized by Latino Leaders Magazine, González was named one of ten "Next Generation Latinas" by Latina Magazine for her leadership in education. She was also named one of 10 newly elected politicians to watch by NBC Latino. 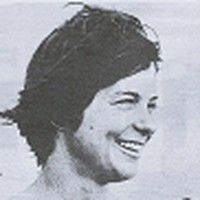