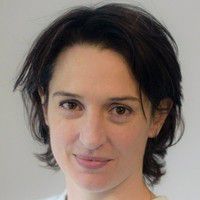 Mary Elizabeth Lalage Wakefield (born 12 April 1975) is a British journalist, and a columnist and commissioning editor for The Spectator.

Wakefield is the daughter of Katherine Mary Alice (née Baring) and Sir Humphry Wakefield, of Chillingham Castle in Northumberland. She has two brothers; Captain Maximilian Wakefield (born 1967), an entrepreneur and racing car driver, and Jack Wakefield (born 1977), former director of the Firtash Foundation and an art critic who writes for The Spectator and other publications. A third brother, William Wakefield, was born in 1975 and died in infancy.

Through her mother, she is descended from Evelyn Baring, 1st Baron Howick of Glendale, the Governor of Kenya during the Mau Mau uprising, and Albert Grey, 4th Earl Grey, a Governor General of Canada, and through the latter, Charles Grey, 2nd Earl Grey, of the House of Grey, a former Prime Minister of the United Kingdom, after whom Earl Grey tea is named.

Wakefield was educated at the independent girls' boarding school Wycombe Abbey before studying at the University of Edinburgh and obtaining an undergraduate degree.

Wakefield has worked at the weekly magazine The Spectator for decades, since Boris Johnson was editor, and is now commissioning editor, assistant editor from 2001 and then deputy editor. She also writes for the magazine as a columnist, and has written for The Sun, Daily Mail, The Telegraph and The Times.

In 2015, following an online petition, Wakefield was forced to apologise and amend an article she had written for The Spectator in which she described an 18-year-old who had recently died in a moped crash as a "thuggish white lad".

Her father's Chillingham Castle website refers to her as "Daughter Mary, a musician and painter, [who] is also Assistant Editor of The Spectator".

In December 2011, Wakefield married Dominic Cummings, a friend of her brother Jack Wakefield.

In 2016, they had a son, Alexander Cedd, named after an Anglo-Saxon saint.

She is a convert to Catholicism, having been raised in the Anglican tradition.

Wakefield was portrayed by Liz White in the 2019 Channel 4 drama Brexit: The Uncivil War.

On 25 April, Wakefield wrote an article for The Spectator about her experience when both she and Cummings contracted COVID-19. On the same day, she was a guest on BBC Radio 4's Today programme, discussing the same event, as part of a series of recordings by survivors of the viral disease. On 22 May it was revealed, following a joint investigation by The Daily Mirror and The Guardian, that Wakefield and Cummings had driven from London to Durham in late March, while both had COVID-19 symptoms. It was later alleged by an eyewitness that Wakefield had been seen on 12 April walking in Barnard Castle in the company of Cummings and their son, after a complaint to the Durham constabulary by another witness who claimed to have seen Cummings with a group of people in the same town. Inconsistencies between Cummings' account and his wife's have been discussed in the press. 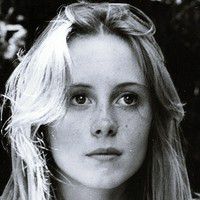 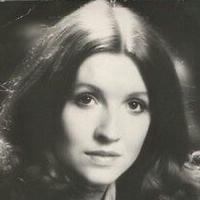