Morgan in action for Aldershot.

Born in Manchester, Greater Manchester, Morgan started his career in the youth team at Wealdstone before signing a contract in March 2000. Morgan also had two loan spells at Berkhamsted Town, making a total of eight appearances. He joined Yeading in November 2004 for a fee of £3,000 and scored eight league goals that season as Yeading won the Isthmian League Premier Division. In the 2006–07 season, Morgan scored 25 goals for Yeading and was the club's top scorer. Whilst at Yeading, he was nicknamed "The Sticks". Morgan played in 94 league games during three seasons with the club and scored 39 goals. In May 2007, he joined the Conference National side Woking.

In May 2008, Morgan signed for the Conference National champions and newly promoted League Two side Aldershot Town for an undisclosed fee. This fee although undisclosed, was a record fee paid by Aldershot Town for any player. Morgan made his Football League debut in Aldershot Town's first-ever Football League match, away to Accrington Stanley on 9 August 2008. He scored Aldershot Town's first-ever League Cup goal in the 3–1 defeat at Coventry City in the first round of the 2008–09 competition. He scored his first Football League goal at home to Bradford City on 30 August 2008. Morgan finished season 2008–09 at the Shots having scored seven goals in all competitions. He played in all but seven games in season 2009–10 and finished the campaign having top-scored with 16 goals in all competitions.

After the 2–1 defeat to Hereford United on 3 January 2011, Morgan posted the following message on Twitter: "Like to thank the fans who booed me off the pitch. Where’s that going to get you! I hope you all die." Following this he was transfer-listed, being eventually signed by League One club Dagenham & Redbridge on loan until the end of the season. At the end of the season, he was one of seven players to be released by Aldershot Town.

Morgan joined Shrewsbury Town following his release from Aldershot and started the opening game of the League Two season against Plymouth Argyle on 6 August 2011. He was replaced by Terry Gornell in the 88th minute following a knock to the head. Three days later, in Shrewsbury's Football League Cup encounter with Derby County, Morgan scored two goals to help his side to a 3–2 win.

Morgan signed a two-year contract with Plymouth Argyle in July 2013, and made his debut in the club's first game of the new season at Southend United.

On 17 August 2013, Morgan scored his first goal for Argyle heading home the pilgrims first in 3–1 win away at Cheltenham Town. This however was to be Morgan's only goal of the 2013/14 season as shoulder surgery forced him to sit out four months of the campaign, and a 'mini-seizure' brought his season to a premature end.

Morgan scored his first goal of the 2014/15 season in a 2–0 win over Hartlepool United on 20 September 2014 and celebrated the goal in the style of Bebeto as a tribute to his son who was born earlier in the week. Morgan doubled his tally for the whole of the previous season on 8 November 2014, scoring Argyle's second in the 2–0 win over AFC Fylde in the FA Cup first round.

Morgan was released by Plymouth Argyle at the end of the 2014/15 season.

On 2 February 2015, Morgan signed for Hartlepool United on loan until the end of the season. He played 5 times for the Pools, with his only goal coming in a 1-0 home win over Northampton Town on 10 February 2015.

Following his release from Plymouth, Morgan returned to non-League football, joining Havant & Waterlooville of the National League South in June 2015. He re-joined former club Wealdstone on loan in February 2016, and then secured a full season loan to Bath City ahead of the following season.

Morgan runs his own fashion label, Fresh Ego Kid which he publicises through various social networking sites. Fresh Ego Kid has been spotted on numerous celebrities including Cruz Beckham and Marvin from JLS. 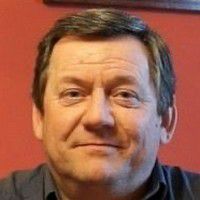