Marvin Matip (born 25 September 1985) is a German-born Cameroonian footballer who plays for FC Ingolstadt 04, as a midfielder.

Matip represented German youth sides at Under 19 and Under-21 level in competitions including the 2005 FIFA World Youth Championship and the 2006 UEFA European Under-21 Football Championship, but was called up to the Cameroon national side in 2007 after announcing his desire to represent Cameroon. However, his career with Cameroon was delayed after the correct paperwork was not filed with FIFA in time. He made his international debut with Les Lions Indomptables in a friendly match against Ukraine on 2 June 2013.

Matip was born to a Cameroonian father and a German mother, and as such is eligible to represent either nation.

His father Jean is a former footballer and his brother Joël Matip currently plays for Liverpool. He is also the cousin of Joseph-Désiré Job. 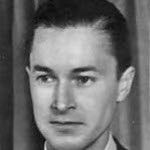