Ma'ruf bin Abdul Ghani al Rusafi (1875–1945) (Arabic: معروف الرصافي) was a poet, educationist and literary scholar from Iraq. He is considered by many as a controversial figure in modern Iraqi literature due to his advocacy of freedom and opposition to imperialism and is known as a poet of freedom.

Birth and early life in Baghdad

Maruf al Rusafi is known to have born in 1875 (his birth date has also been reported as 1 January 1877) at Al Rusafa in Baghdad in Iraq in a family of meagre financial means. His father, Abdul Gani, hailing from the Jibara tribe of Kurdish area, died while he was a child and was brought up by his mother, Fathima who was of Turkish ancestry. His early schooling was at the local Madrasa. Aspiring for a military career he joined Al Rushdiyya Military School in Baghdad, but had to leave after three years, having failed the grade. He continued his studies in Religion and Linguistics under an Arabic scholar, Shaikh Mahmud Shukri al Alusi and stayed there for twelve years where he had the opportunity to learn Sufism, Linguistics, Islamic principles and general sciences. After the completion of his studies, Rusafi started working as a teacher of Arabic at an elementary school run by one of his teachers, in Al Rashdiyya, and later, in 1902, moved to a secondary school in Baghdad.

Life in Turkey and Syria

Al Rusafi left for Turkey of the post Young Turk Revolution, in 1908, and started working in Istanbul as an Arabic lecturer at the Royal College. He worked at a local newspaper, Sabil al Rashad and is known to have led an active social life. In 1912, he became a member of the Turkish Chamber of Deputies, representing Al Muthanna district of Iraq and was re-elected in 1914. After the fall of the Ottoman Empire in 1918, Al Rusafi left Istanbul for Syria as the British authorities in Iraq prevented the return of Iraqis from Turkey. He settled in Damascus in 1919 and started teaching there, but only for a short time of less than one year. The local government of Syria, under Amir Faisal who was the son of the Sherif of Mecca, was also reluctant to accept Rusafi due to Rusafi's opposition of the Arab Congress of 1913 held in Paris and the revolt of 1916 initiated by the Sherif of Mecca.

The British local government under Gilbert Clayton reportedly in an attempt to keep Al Rusafi away from Iraq, offered him a job at the Teachers' Training College (Dar al-Mu’allimin), through Muhammad Kurd Ali, an acquaintant of Al Rusafi who went on to become the president of the Arab Academy of Damascus. Ma'ruf al Rusafi reached Jerusalem in 1920 and resumed his career as a teacher of Arabic literature at the training college. During his stay in Jerusalem, Rusafi had the opportunity to associate himself with such literary figures as Issaf Nashashibi, the principal of the training college and in whose name, Issaf Nashashibi Center for Culture and Literature was established in 1982, Adil Jabr, the assistant director of education, Khalil al-Sakakini, an Arab nationalist and Nakhlah Zuraiq, an Arabic faculty member at the English College in Jerusalem. The association also provided Rusafi with opportunity to recite his poems at the gatherings and pursue his literary career.

In 1920, when Sir Herbert Samuel, a British Jewish diplomat, was appointed the High Commissioner of Palestine, he made a declaration at the Palestine Arab Congress held at Haifa that a higher college of Arab studies would be established in Jerusalem, a promise never fulfilled. Rusafi, who was also an attendee at the Congress, later wrote in praise of the declaration, an act which is reported to have placed him in disfavour of the Arab nationalists and his students. Though Rusafi tried to pacify the situation by publishing an explanation in the local daily, Mir’at ash-Sharq, his efforts were not successful. A month after the controversy, when the supporters of Talib Pasha al Naqiq, a candidate at the Iraqi elections of 1921, decided to launch a newspaper, Rusafi is reported to have been invited to head the publication. Rusafi left Jerusalem in March 1921, ending his stay of 18 months there.

Rusafi is reported to have reached Baghdad on 9 April 1921 and there is unconfirmed reports of him being arrested a few days later. However, it is known that he started a newspaper, Al Amal but the daily had a short life. In 1923, he joined the committee for translation and arabization as its vice chairman, and in 1924, he became an inspector in the Directorate of Education where he worked till 1927. The next move was as the professor of Arabic at the Higher Teachers Institute in 1927. In 1930, he was elected to the Parliament but continued his teaching job till 1937, after which his life is known to be in isolation. Reports are available that Rusafi spent his last days in poverty, working in a tobacco shop in Baghdad. He died on 16 March 1945.

A bronze statue of Maruf Al Rusafi has been erected at the Rashid Street intersection, in Baghdad, near Souq al Sarai.

Maruf Rusafi is known to have used his writing to bring out the social and political issues of the Middle East society, especially Iraqi society. His writings during his stay in Turkey are reported to be commentaries on the Ottoman period. He is regarded by many as the founder of the social school of poetry in Iraq. He is also known to have written in defence of women and widows and is seen as a strong advocate of education and knowledge. Some of his poems have been critical of the British occupation of Iraq of 1920, in the wake of the rise of King Faisal I to power after the World War I. Khalid Muhammed Hafiz, erstwhile judge of Faluja had a collection of manuscripts about his interaction with Rusafi which revealed Rusafi as moderate in his religious beliefs. The manuscript was later published by Yousuf Izz ad Deen, along with his own critical study of Rusafi's poems, as a book, Al-Rusafi Yarwi Seerat Hayatih.

He has written many pieces, one of which was important towards society and politics. One of his poems, 'A Praise to the Development of the Future' talked about how "people are too proud of their history rather than developing their future." Maruf Rusafi was acquainted with western literature through Turkish translations and his writing career started while he was in Istanbul by way of socio political articles in journals such as Al Muqtataf and Al Muayyad, published from Syria and Egypt. His first book of poetry, Diwan, was released in 1910. Rusafi, who is credited with the adding ideas and values to modern Iraqi poetry, has written on a wide range of topics such as nationalism, society, politics and reforms. His contributions are classified into publications and manuscripts and may be listed as:

Rusafi's works have been translated into many languages including Russian.

The contents of this page are sourced from Wikipedia article on 01 Nov 2021. The contents are available under the CC BY-SA 4.0 license.
View Maarouf Al Rasafi 's image gallery
Image Gallery Birth and early life in Baghdad

Life in Turkey and Syria

Doctor, researcher and Minister of Health of Iraq 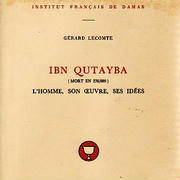 Persian official of the Abbasid Caliphate