Martyna Wojciechowska (born 28 September 1974 in Warsaw as Marta Eliza Wojciechowska) is a Polish TV presenter, mountaineer, traveller, journalist, sportswoman and writer. In 2010, she completed the Seven Summits. She presents the television series Kobieta na krańcu świata (Woman at the Edge of the World), and is the editor in chief of National Geographic Poland.

At the age of 19 she began her career as a model for Polish broadcaster TVN. She presented programs including Big Brother, Mission Martyna, and Kids with Class. Since September 2009 she has presented the weekly series Woman at the edge of the world. As a journalist, she worked for magazines including The world of motorbikes (Swiat motocykli), Auto moto, Playboy and Voyage. In February 2007 she became the editor in chief of National Geographic Poland and National Geographic Traveler. She is also a head editor of Polish-English monthly travel magazine Kaleidscope.

The woman at the edge of the world

The series started in 2008 and is now in its 10th season. It is aired every Sunday at TVN. Each episode focuses on Martyna traveling to a different country where she meets a new woman. Along with introducing the story of the main character, the program reveals the bigger picture of the hosting country and women’s status. The series covers female points of view, but occasionally episodes will also feature male subjects. Every episode brings out social issues from within the host country, among them: sexism, violence, poverty, animal cruelty, human trafficking, work ethics, and human rights. Among many topics, it has featured: the smallest woman in the world Jyoti Amage, a Colombian female wrestler, a student of the Shaolin School, a geisha from Kyoto, women of the Long Necks Tribe in Myanmar, a female sapper, a female pilot from Tanzania and fa’afafine people of Samoa.

In 2015, one of the episodes of Woman at the edge of the world was made into a longer documentary film, directed by Wojciechowska and Marek Kłosowicz. The Ghost People (Ludzie duchy) won a Golden Nymph Award in the category Current Affairs Documentary. It tells the story of albino children in Tanzania who are being hunted for their limbs, which are believed to have magical healing powers. The main character, 17-year-old Kabula, lost her arm, which was cut off by anonymous attackers. Wojciechowska created the special charity ‘Between heaven and earth’ (‘Miedzy niebem, a ziemia’) which collected around 100.000 złoty (USD 26.000) to help Kabula make her dream of becoming a lawyer come true.

In August 2002 Wojciechowska began her expedition to climb the seven tallest mountains on Earth, starting with Mont Blanc. On January 22, 2010, she summited her last mountain, Mount Carstensz, becoming the third Polish woman to achieve that and the second to do it in the Reinhold Messner way. Her expedition was featured in the 55 minute long documentary Korona Ziemi (The crown of Earth) and two books Przesunąć horyzont (Move the Horizon) and Misja Everest (Mission Everest).

In 2004, while filming one of her programmes ‘Mission Martyna’ in Iceland, she had a serious car accident in which her friend and cameraman Rafał Łukaszewicz died and Wojciechowska broke her spine. She promised herself she would get better and after long therapy in May 2006 she climbed Mount Everest. The events were described in her book Przesunąć horyzont (Move the Horizon).

In 2007, when she was three months pregnant, she summited Mount Elbrus. When her daughter was 8 months old she decided to go to Antarctica to summit Vinson Massif, the highest mountain of the continent. At 4000 meters the expedition was surprised by a strong snowstorm which completely destroyed Wojciechowska’s tent. For dozens of hours, the group was trapped in their tents with the temperature at -30°C and without food. Subsequently, many tabloids criticized Wojciechowska for risking her life and being an irresponsible mother.

Wojciechowska has a daughter, Maria (born 17 April 2008). Maria’s father, Polish scuba diver Jerzy Blaszczyk, who was separated from Martyna at the time, died in 2016. In 2015, rumors grew around Wojciechowska’s possible health problems. She lost around 20 kg and the media speculated that she had a tropical disease. Wojciechowska wrote an official public statement in which she asked the media to respect her privacy. She did not name the illness, but denied the rumors claiming that it was malaria.

In September 2016, she mentioned on her official Facebook page that she had had a serious motorcycle accident in which she ended up with a broken collarbone. A week later she was back at the set of ‘Woman at the edge of the world’ which caused her further health complications and she had to have another operation. The new season had to be postponed. In October 2016 Wojciechowska announced that TVN was going to run half of the season, using all the episodes she managed to record before the accident.

Wojciechowska has been a licensed racing driver since the age of 17. In 2002, she took part in Paris – Dakar Rally and finished it as the first Polish woman and the first woman from Middle-Eastern Europe.

The contents of this page are sourced from Wikipedia article on 31 Mar 2020. The contents are available under the CC BY-SA 4.0 license.
View Martyna Wojciechowska 's image gallery
Image Gallery 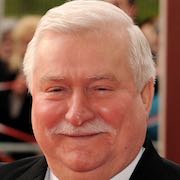 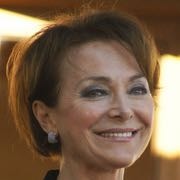 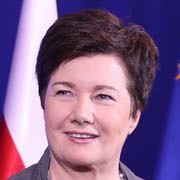 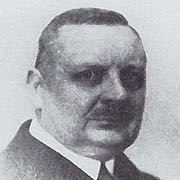