Marton was born in Invercargill, New Zealand, the son of Margaret Christine (née Rayner), a nurse, and Márton Csókás, who worked as a mechanical engineer. His father was Hungarian and his mother had English, Irish, and Danish ancestry. Csokas has a younger brother, Robert. He holds dual New Zealand and Hungarian citizenship.

Csokas made his acting debut in the New Zealand drama series Shark in the Park as Terry Mercer. He appeared in one episode titled "Technical K.O.". For two years (from 1993 until 1995), he portrayed Leonard Rossi-Dodds in the soap opera Shortland Street. In 1996, he starred in the romantic drama film Broken English. From 1997 to 2001, he maintained a recurring role in Xena: Warrior Princess, portraying Xena's past love and ally Borias. Csokas portrayed Lord Celeborn in The Lord of the Rings: The Fellowship of the Ring (2001) and The Lord of the Rings: The Return of the King (2003) and played the role of Guy de Lusignan in Kingdom of Heaven (2005). Csokas has also played the villain Yorgi in XXX (2002), Mr. Smith in Kangaroo Jack (2003), Jarda in The Bourne Supremacy (2004), and Trevor Goodchild in Æon Flux (2005).

Csokas' stage credits include plays by Tom Stoppard and William Shakespeare in the 1990s in New Zealand, and in Australia: Who's Afraid of Virginia Woolf? (2007) and Peribáñez (2006) with Company B.

Csokas at the premiere of The Equalizer, September 2014

In 2007, he portrayed Hora in the drama film Romulus, My Father, for which he won an AACTA Award for Best Actor in a Supporting Role and a Film Critics Circle of Australia Award for Best Supporting Actor. In 2010, he appeared in the Tim Burton-directed fantasy film Alice in Wonderland, the French-Australian drama The Tree, the French romantic comedy With Love... from the Age of Reason, the romance film South Solitary, and the drama-thriller The Debt. In 2011, Csokas starred in the psychological thriller Dream House. The following year, he appeared in the fantasy action horror Abraham Lincoln: Vampire Hunter, and the drama film Dead Europe. For his role in Dead Europe, he was again nominated for an AACTA Award for Best Actor in a Supporting Role.

In 2013, Csokas co-starred in the crime-thriller Pawn with Forest Whitaker and Michael Chiklis, and portrayed Jimmy Laszlo in the DirecTV police drama Rogue, starring opposite Thandie Newton. In 2014, he starred in the films Noah, The Amazing Spider-Man 2, and Sin City: A Dame to Kill For. Also in 2014, Csokas played the role of the villain Nicolai Itchenko in The Equalizer. That same year, he starred as Sam Steele in the Discovery Channel's scripted miniseries Klondike. Csokas then portrayed General Thomas Gage in History Channel's 3-part miniseries Sons of Liberty.

In May 2015, Csokas joined the main cast of AMC's martial arts drama series Into the Badlands, playing the major role of Quinn. In 2016, he co-starred with Joel Edgerton and Ruth Negga in the Jeff Nichols-directed drama film Loving, starred alongside Vera Farmiga in the comedy-drama Burn Your Maps. Csokas stars alongside Emilia Clarke in the supernatural thriller Voice from the Stone, scheduled for release in April 2017. 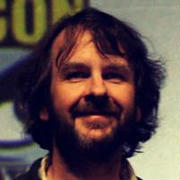 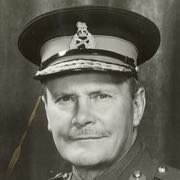