Martin Walsh (born 8 November 1955 in Manchester, England) is an English film editor with more than 30 film credits dating from 1985. Walsh won the Academy Award for Film Editing and the ACE Eddie Award for the film Chicago (2002), for which he was also nominated for the BAFTA Award for Best Editing. Walsh has been elected to membership in the American Cinema Editors.

The director of each film is indicated in parenthesis.

Minister of the Presbyterian Church in Ireland and theological writer 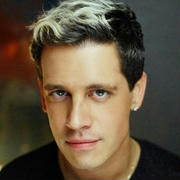