Walser was born in Wasserburg am Bodensee, on Lake Constance. His parents were coal merchants, and they also kept an inn next to the train station in Wasserburg. He described the environment in which he grew up in his novel Ein springender Brunnen (English: A Gushing Fountain). From 1938 to 1943 he was a pupil at the secondary school in Lindau and served in an anti-aircraft unit. According to documents released in June 2007, at the age of 17 he became a member of the Nazi Party on 20 April 1944, though Walser denied that he knowingly entered the party, a claim disputed by historian Juliane Wetzel. By the end of the Second World War, he was a soldier in the Wehrmacht. After the war he returned to his studies and completed his Abitur in 1946. He then studied literature, history, and philosophy at the University of Regensburg and the University of Tübingen. He received his doctorate in literature in 1951 for a thesis on Franz Kafka, written under the supervision of Friedrich Beißner.

While studying, Walser worked as a reporter for the Süddeutscher Rundfunk radio station, and wrote his first radio plays. In 1950, he married Katharina "Käthe" Neuner-Jehle. He has four daughters from this marriage: Franziska Walser is an actress; Alissa Walser is a writer-and-painter; Johanna Walser, and Theresia Walser are professional writers. Johanna has occasionally published in collaboration with her father. German journalist Jakob Augstein is Walser's illegitimate son from a relationship with translator Maria Carlsson.

Beginning in 1953 Walser was regularly invited to conferences of the Gruppe 47 (Group 47), which awarded him a prize him for his story Templones Ende (English: Templone's End) in 1955. His first novel Ehen in Philippsburg (English: Marriages in Philippsburg) was published in 1957 and was a huge success. Since then Walser has been working as a freelance author. His most important work is Ein fliehendes Pferd (English: A Runaway Horse), published 1978, which was both a commercial and critical success.

In 2004 Walser left his long-time publisher Suhrkamp Verlag for Rowohlt Verlag after the death of Suhrkamp director Siegfried Unseld. An unusual clause in his contract with Suhrkamp Verlag made it possible for Walser take publishing rights over all of his works with him. According to Walser, a decisive factor in instigating the switch was the lack of active support by his publisher during the controversy over his novel "Tod eines Kritikers" (English: Death of Critic).

In 2007 the German political magazine Cicero placed Walser second on its list of the 500 most important German intellectuals, just behind Pope Benedict XVI and ahead of Nobel Prize winner Günter Grass.

Martin Walser at a reading in Germany, 1992

From Left to Right

Walser has also been known for his political activity. In 1964, he attended the Frankfurt Auschwitz Trial, which was considered an important moment in the development of West German political consciousness regarding the recent German past. He was involved in protests against the Vietnam War. During the late 1960s, Walser, like many leftist German intellectuals including Günter Grass, supported Willy Brandt for the election to the office of chancellor of West Germany. In the 1960s and 1970s Walser moved further to the left and was considered a sympathizer of the West German Communist Party. He was friends with leading German Marxists such as Robert Steigerwald and even visited Moscow during this time. By the 1980s, Walser began shifting back to the political right, though he denied any substantive change of attitude. In 1988 he gave a series of lectures entitled "Speeches About One's Own Country," in which he made clear that he considered German division to be a painful gap which he could not accept. This topic was also the topic of his story "Dorle und Wolf".

In 1998, Walser was granted the Peace Prize of the German Book Trade. His acceptance speech, given in the former Church of St. Paul (Paulskirche) in Frankfurt on 11 October 1998, invoked issues of historical memory and political engagement in contemporary German politics and unleashed a controversy that roiled German intellectual circles.

Frankfurt Speech and the Walser-Bubis Debate

In Frankfurt, Walser made his acceptance speech with the title
Erfahrungen beim Verfassen einer Sonntagsrede (Experiences when writing the regular soapbox-speech):

Everybody knows our historical burden, the never ending shame, not a day on which the shame is not presented to us. [...] But when every day in the media this past is presented to me, I notice that something inside me is opposing this permanent show of our shame. Instead of being grateful for the continuous show of our shame I start looking away. I would like to understand why in this decade the past is shown like never before. When I notice that something within me is opposing it, I try to hear the motives of this reproach of our shame, and I am almost glad when I think I can discover that more often not the remembrance, the not-allowed-to-forget is the motive, but the exploitation [Instrumentalisierung] of our shame for current goals. Always for the right purpose, for sure. But yet the exploitation. [...] Auschwitz is not suitable for becoming a routine-of-threat, an always available intimidation or a moral club [Moralkeule] or also just an obligation. What is produced by ritualisation has the quality of a lip service [...]. The debate about the Holocaust Memorial in Berlin will show, in posterity, what people do who feel responsible for the conscience of others. Turning the centre of the capital into concrete with a nightmare [Alptraum], the size of a football pitch. Turning shame into monument.

At first the speech did not cause a great stir. Indeed, the audience present in Church of St. Paul received the speech with applause, though Walser's critic Ignatz Bubis did not applaud, as confirmed by television footage of the event. Some days after the event, and again on 9 November 1998, the 60th anniversary of the Kristallnacht pogrom against German Jews, Bubis, president of the Central Council of Jews in Germany, accused Walser of "intellectual arson" (geistige Brandstiftung) and claimed that Walser's speech was both "trying to block out history or, respectively, to eliminate the remembrance" and pleading "for a culture of looking away and thinking away". Then the controversy started. As described by Karsten Luttmer: Walser replied by accusing Bubis to have stepped out of dialog between people. Walser and Bubis met on 14 December at the offices of the Frankfurter Allgemeine Zeitung to discuss the heated controversy and to bring the discussion to a close. They were joined by Frank Schirrmacher of the Frankfurter Allgemeine Zeitung and Salomon Korn of the Central Council of Jews in Germany. Afterward, Bubis withdrew his claim that Walser had been intentionally incendiary, but Walser maintained that there was no misinterpretation by his opponents.

Death of a Critic

In his 2002 roman-à-clef Death of a Critic, Martin Walser attacks violently the most powerful literary critic in Germany, Marcel Reich-Ranicki, a Jew who had escaped the Warsaw ghetto. Walser criticised his person as much as his role as a symbol of a corrupted cultural milieu. This started a scandal where accusations of anti-Semitism, a war between newspapers and a power contest between personalities all played a role. Does a writer, especially one who had been a member of the Nazi party, have the right to attack the most well-known critic in Germany, former head of the arts and culture section of the country's most prestigious newspaper and host of a popular literary television show, a German national for more than fifty years? As soon as the novel came out, this question became the hot topic of debate in Germany. Not a day went by without a newspaper article taking a stance for or against the book. And this with hardly anybody even having read it, because at the time, only a few advance copies were in circulation. Had Martin Walser allowed himself to employ anti-Semitic clichés when he chose to present to his readers Marcel Reich-Ranicki, thinly disguised behind the name of André Ehrl-König? Yes, said Frank Schirrmacher, head of the arts and culture section of the Frankfurter Allgemeine Zeitung (FAZ), without hesitation. His was the first volley in the public debate. On 29 May, months before the book was to be officially released in August, Frank Schirrmacher wrote an open letter to Martin Walser to inform him that contrary to tradition, an excerpt from his book would not be published in the feuilleton of the FAZ because of the anti-Semitic clichés: "This book is an execution, a settlement of accounts, a document of hate", he wrote. The FAZ continued to publish expressions of support for Marcel Reich-Ranicki, who was Schirrmacher's predecessor at the FAZ. Its arch-rival daily paper, the Süddeutsche Zeitung from Munich, closed ranks behind Walser. Writers for this liberal paper claimed to not find any anti-Semitic traits in Death of a Critic, but their stance may have had more prosaic reasons, too. Many of them had recently left the FAZ for the Süddeutsche and were engaged in ferocious competition.

Reich-Ranicki commented himself in May 2010 in an interview with Der Spiegel: "I don't think that he is an anti-Semite. But it is important to him to demonstrate that the critic, who allegedly tortured him most, is a Jew, too. He expects his public to follow him in this. You see, there never was a anti-Semitic line or remark from Grass, not one. And I certainly haven't written only positively about his books."

Works of Walser's that have been translated into English include: 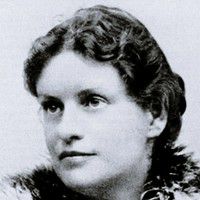